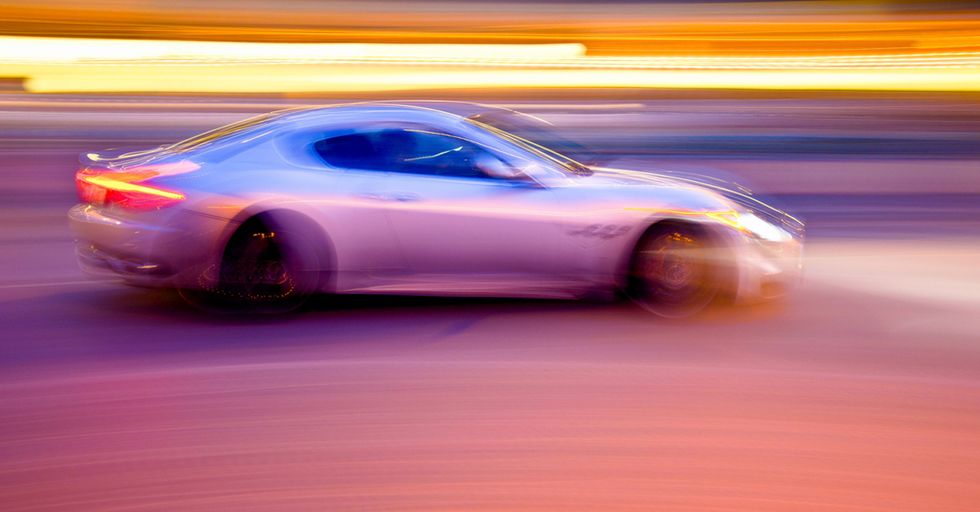 Teenagers are sometimes misunderstood. Do you remember being a teen? The constant drama made everything seem amplified. Teenage-dom is a turbulent time! You're figuring out who you are, and you're craving independence even though you're living under your parent's roof and still have to go to school.

Most of us had a rebellious face when we were teenagers. Sure, I was a goody-good with straight A's and a constant need for approval from my elders, but even I had a bit of a rebel streak. It feels pretty normal, right? Every teen goes through that time when they're figuring themselves out and making decisions that probably aren't the smartest to make. Movies, books and magazine articles have been written about the tumultuous journeys of teens. Remember that movie Thirteen that terrified parents everywhere, with its tagline, "It's happening so fast."

Yes, rebellious phases are pretty normal for teens. But then there are some teens that take it to the next level...

Like a certain Canadian teen that has been in the news lately.

This particular 17-year-old kid gives a new meaning to the word "rebel." You see, this teen was speeding away with a car that had stolen license plates.

But not just any car. This teen was driving a Maserati.

You know, one of the world's most expensive cars. A typical Maserati costs over $100,000 to own.

Sgt. Kerry Schmidt of the Ontario Provincial police tweeted out the "Mr. Sexy" vanity plates that were unlawfully attached to the vehicle. He even hashtagged #notcool.

Sgt. Kerry Schmidt's hashtag game may be strong, but he doesn't have time for games.

Even if his tweet gained quite the response and social media attention.

Which he has no time for.

Although, let's be real. Some of the responses are truly hilarious.

He tried that, Garrett!

But we're dealing with one clever 17-year-old here, people. He can outsmart the police!

The perfect use of a Zootopia gif.

Whoever decided that "Mr. Sexy" was a good vanity plate should never be allowed to use their license. But hey, that's just my opinion.

One Twitter user knew exactly who the culprit was.

This actually seems more plausible than the true story.

This Twitter user piped in with another ridiculous vanity plate.

Which, hey. At least they're just giving everyone a heads up about their whole vibe.

Another person threw in their idea for the culprit.

I mean, a "Mr. Sexy" license plate does sound like it would fit right into an Austin Powers movie.

The police said nothing about the Maserati being stolen, they just spoke out about the vanity plates. So how in the world did this teen have a Maserati?!

This teen is a legend. They're probably bragging to all their friends right now.

The jokes just kept on coming.

This is just too bizarre of a situation.

I hope the police send the plates his way.

It really is a lot to unpack. But the main takeaway is that vanity plates are wild. Shall we take a look at some more?

I guess if you drive a Tesla, you can be this cocky. It makes sense.

Ain't no shame in the Disney game. It's the happiest place on earth!

You could take this several ways.

If you're me, then it definitely means, "Later bra, I'm never wearing you again!" Or it could mean, "Later dude." It's probably the latter.

This one is straightforward.

When you forget what you drive.

You'll always be able to remember the exact make and model of your car! How smart...

When you really love the Smurfs...

"Smurf Car" is a very funny and ridiculous vanity plate.

Honestly, same. I relate to this vanity plate on a spiritual level.

Unless you're a fan. Then, congrats?

Don't tell me what to do, car!

I'll lighten up if I want to! How rude.

This person is having an existential crisis.

I don't know either! Do any of us know?

No, thank you. How did this person get away with this at the DMV?

The sass on this vanity plate.

Do not mess with this car! They will have none of it.

This person wants you to know that they're the coolest, chillest person in Quebec. In case you were wondering.

Bruce Springsteen, is that you?

This person thinks quite highly of themselves, don't they?

You dance! We all dance! Share this with your friend who insists on having an obnoxious vanity plate.