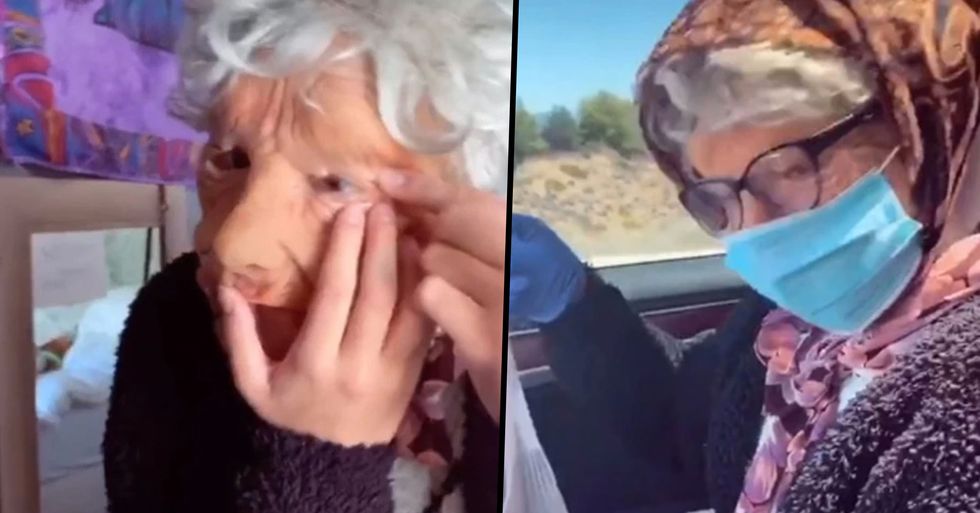 Teens Are Dressing up as Mask-Wearing Grandmas to Score Alcohol

During the coronavirus pandemic, the use of face masks has long been a debate with a lot of people claiming that it's not a good thing, but the latest trend to take over can only prove that it actually is a good thing... Well, for one group in particular.

Some teens are making the most of this situation, and the results are truly hilarious...

The pandemic has fully taken over.

For example, in some retail stores like Costco, customers are required to wear one. And not to mention public transport. It can be annoying but it's something we all have to do for the greater good.

They can also make it hard to breathe.

And many businesses have been taking this advice and implementing them.

Businesses all around the world have their own rules on precautions but as more and more places start enforcing these rules, one particular group is making the most of it.

Teens up and down the country have decided to utilize this moment with a new trend.

They have decided they're going to dress up as mask-wearing grandmas with fake IDs in order to score themselves some alcohol.

The trend has now taken over Tik Tok.

Lots of Gen Z have started posting videos of themselves in their new disguises as they take a trip down to their local supermarkets in order to buy some alcohol. Keep scrolling for all the hilarious videos.

I mean, it's pretty harmless, right?

Well, standup comedian Jason Lawhead decided to address it on Twitter saying: “Now that we have to wear masks, this is the best time to buy alcohol with a fake ID since the early ’80s..."

And others have also pushed the idea...

I hope lots of teens are out there illegally buying alcohol with face masks on, confidently not looking at all like their fake ID
— Danny Failure (@Danny Failure)1589487302.0

This user wrote this: "I hope lots of teens are out there illegally buying alcohol with face masks on, confidently not looking at all like their fake ID."

Others thought it was a reckless idea...

This user referred to people who are getting involved as "morons..."

Others even pushed criminal activity...

@JasonLawhead If you've got a mask, I don't see anymore point in actually purchasing the booze. Fuck your cameras, 7/11!
— GrandstandFan (@GrandstandFan)1586201082.0

What kind of world are we living in right now?

Here is one very successful attempt:

@nikkigurlll posted this onto Tik Tok and showed us that it actually worked in multiple stores.

And this user also did the same thing and, yet again, it worked!

I mean, if you've got the tools, you've got to give it a try, right? Keep scrolling to see what will more than likely happen to people if they're not following these new facemask rules...