Teenagers Are Now Boiling Tampons to Get High | 22 Words 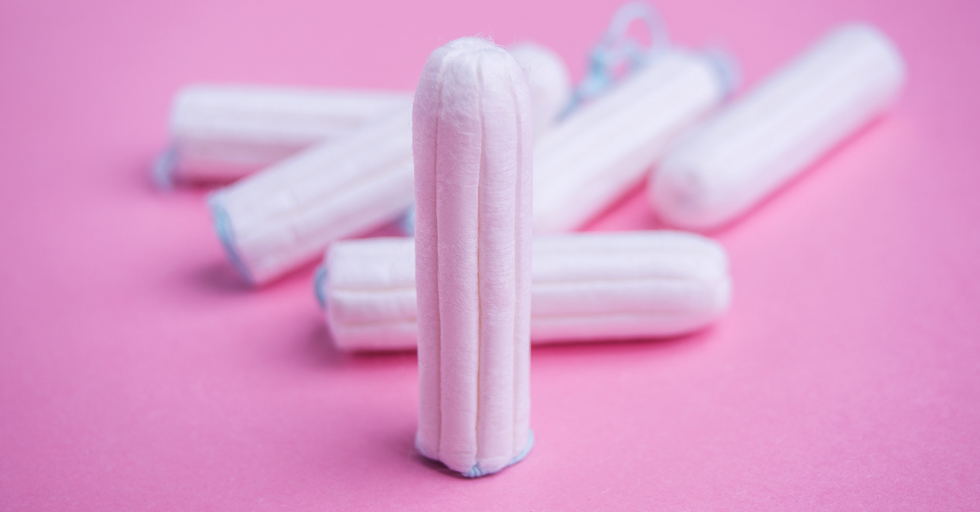 Teenagers Are Now Boiling Tampons to Get High

If you're the squeamish type, then you might want to close your computer and never come near the Internet again, after reading this article. Trust me, humans have truly outdone themselves in the "why are you so gross?" department. And that's saying a lot.

It has been reported that teens in Indonesia are now boiling tampons (yes – tampons) to get high off of the chemicals inside of them. And you thought the Tide Pods challenge was crazy! Nope, this is bonkers.

To hear more about the dirty and disgusting details of this story, keep on reading.

Are you ready for the latest teen fad? (Even if you think you are, you're probably not.)

Police in Indonesia have arrested teens who are using sanitary devices to get high.

That's right. According to Straits Times, if you boil them, then drink what's left, you get a sweet little buzz.

If you're confused about how tampon water can get you high, you're not alone.

Apparently, manufacturers don't need to fully disclose all the chemicals that are inside the products, which means no one is completely certain what's in there.

According to the Indonesian National Drug Agency, teens describe the drink as being "bitter."

They say it gives them hallucinations and feelings of flying. Cheers, to that!

Hold on to your hats (and your lunch).

We haven't even told you the worst part yet. Brace yourself because these aren't even fresh, clean tampons.

Teens will rummage through the garbage to find used tampons.

Apparently, some of these teens are so desperate for drugs (and incapable of purchasing tampons) that they will find used and bloody tampons in the garbage. I can't. I just can't.

We understand if your first reaction was to burn all of the Internet to the ground.

But hold tight – somehow Twitter has managed to make it good again?

Of all the unlikely heroes...

Who would think that puns could make sure an awful story funny again?

Made even stronger by the period at the end.

These puns are so cute I've almost stopped feeling sick to my stomach.

While most people were not happy about the concept of tampon highs, this wise Twitter user reminded us to go with the flow. Sorry for the period pun, I had to!

Seriously this gives a whole new meaning to the name "Bloody Mary."

We're not the only ones who appreciated the levity.

That pun was seen and raised.

Of course, even though some of the Internet had snappy comebacks, many people were at a loss for words and relied on the brilliance of GIFs to get them through this challenging time.

Some things can only be expressed through images.

Like this feeling, which I like to call "I'll never get this filth out of my eyes or off of my hands why did I touch the computer."

Make it go away.

Please, good parrot, share some of that sweet unsee juice with us.

We were all just here for a good time.

And then THIS happened, and now I don't know anymore.

Some people apparently were not satisfied with the information provided and they wanted to know MORE.

Or they were very invested in making sure that the article was clear, accurate, and not at all focused on the BLOODY TAMPONS.

A few of these sleuths did manage to put together some of the info about why the teens might be doing this.

What they don't mention is that Indonesia has incredibly strict drug laws, which could also contribute.

Some people jumped in to question if this is really a fad or one nasty incident that's blown up.

We're going back to the source.

Even people who live in Indonesia jumped in to correct us, this is not a thing and it never will be.

It got a little bit heated.

Some people are convinced that this is entirely made up.

But the fact of the matter is that a single incident of boiled tampon drinking is too many.

Where do you stand?

So let us know. Which side of the drinking tampon juice issue do you stand on?

Is this just some fake news created to drum up hatred for the younger generations?

I cannot be convinced this is a lie.

I can't look away.

No matter what you think, the whole story is oddly riveting, like a kind of bloody, drug-laden train wreck that you can't stop watching.

Breathe a sigh of relief.

There's one thing that makes us feel a little bit better about the whole situation though.

How did he make it worse?

At least you're not this dude who apparently is REALLY INTO IT.