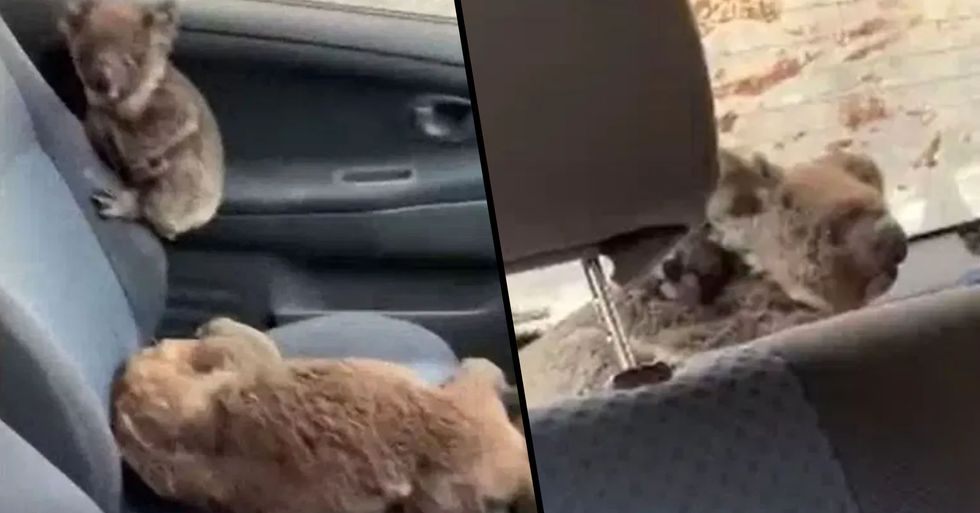 Amidst the tragedy, there are still some positive stories. This week, some heartwarming footage has surfaced of a group of teens filling their car with koalas to protect them from the flames and the internet can't get over it, with many hailing them as "heroes."

Keep scrolling to see the clip for yourself, they've managed to save so many...

The BBC reported that over 100 bush fires continue to burn in populated coastal and inland regions to the city's north.

And of course, we all remember Lewis, the koala who was heroically rescued by a woman using the clothes off her back.

And it's only set to get worse. At the time of writing, an estimated 25,000 koalas alone have died.

But amidst the tragedy, there is some hope...

So many people are desperately trying to save the native wildlife, including 2 teenagers who have gone viral this week.

A video surfaced of the teenagers filling their car with koalas to save them from the flames.

The footage shows 19-year-old Micah and 18-year-old Caleb travelling around one of the areas worst hit by the bushfires, collecting koalas and taking them to their car.

The short clip was filmed on Kangaroo Island.

Known for its rich biodiversity, so many species there are at risk of being wiped out. Keep scrolling for the full clip.

Micah and Caleb have now managed to save a huge amount of koalas.

And of the koalas they rescued, 6 of them were orphans and 2 were mothers with children. But they aren't just rescuing them...

They estimate they have saved around 20 koalas.

@Nenagh9 Would be proud if theee were my kids ! What wonderful parents to have raised such compassionate kids that… https://t.co/FE0pGv7vMf
— Devang (@Devang)1578389911.0

The pair have also said they will be looking after the koalas with the outlook to eventually release them back into the wild. "There are many good-hearted people from all age groups. These teenagers are heroes," wrote one user after viewing the video.

Keep scrolling to see the harrowing pictures the sum up how devastating the bushfires truly are. This is so heartbreaking...