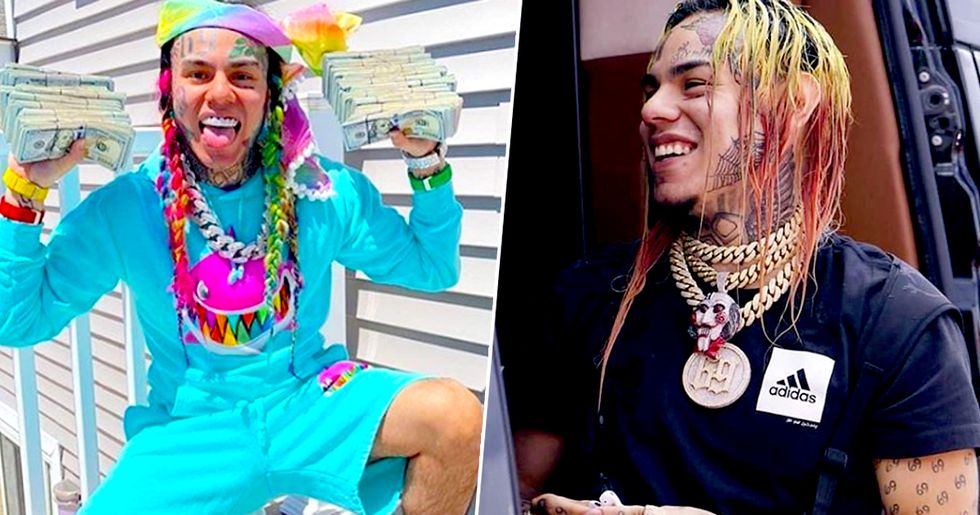 Just days after his premature release from jail, notorious rapper and gang member, Tekashi 6ix9ine, has been RINSED online.

How so? Well, Tekashi asked his followers to describe him in one word and well, they didn't hold back.

I think it's safe to say Tekashi was completely annihilated here.

Keep reading to find out what they said.

But things went from bad to worse for Tekashi!

He asked his followers to describe him.

Posting on Instagram, wearing a baby blue outfit, Tekashi asked his followers to describe him in one word.

And almost everybody said the same thing.

Tekashi hates being called a rat.

And he's gone on countless rants about how he's not a rat in the past. Recently he said:

Where was the loyalty?

I dunno Tekashi! I simply do not know.