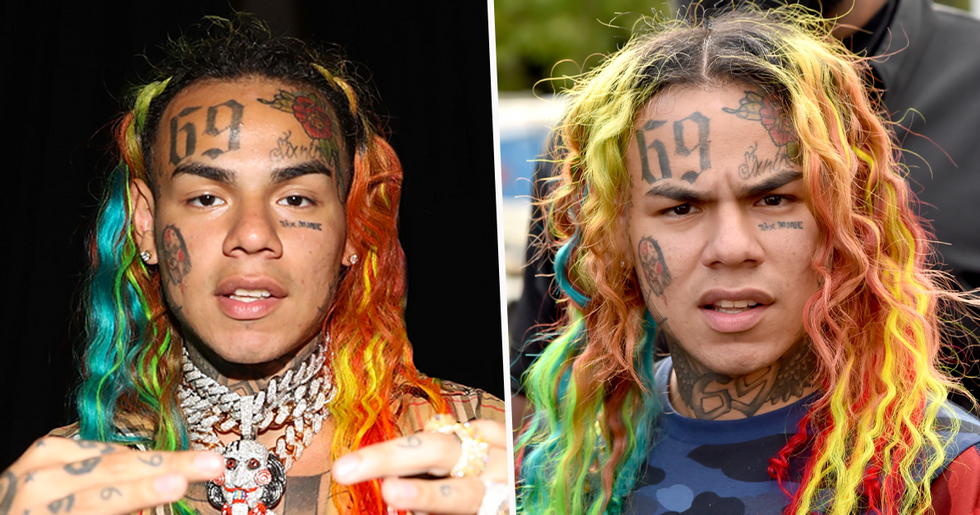 Tekashi 6ix9ine Hospitalized By His Dog

Tekashi 6ix9ine has just come out of the hospital, and it wasn't what you might think that landed him in the emergency room.

Tekashi 6ix9ine has had his fair share of run-ins with the police.

He's known worldwide for his music, but some know him just as well for his controversial snitching. And it's this that many believed would be his downfall one day, but as surprising as it is, it wasn't his past that came to bite him. Instead, something shocking landed him in the hospital...

But, out of nowhere, the rapper was suddenly released from prison.

On May 8th, Tekashi released his new track, "Gooba", complete with a grotesque music video... And it has already surpassed 214 million views on YouTube.

And after just 3 months out of prison, Tekashi is already living life on the dangerous side...

Yesterday he was treated for a broken wrist at a New York hospital, and it turns out the injury was all thanks to his bulldog, Poppy.

He put a video up on his Instagram leaving everyone questioning what happened.

But it turns out the accident happened after the rapper tripped over his little French Bulldog.

According to reports, it happened on Tuesday morning around 3 AM.

After going downstairs to get a snack, he accidentally tripped over his puppy and reached out with his right hand to break his own fall.

His hand got caught mid-fall in the stairway railing snapping the bone at the top of his wrist.

It was only the next morning that he decided to get checked out after the pain got worse.

"I got caught lacking in these streets :/" he captioned the video.

No one would have guessed that his dog would be the one to send him to hospital.

He will have to stick with the arm cast for the next 3-5 weeks, but it clearly hasn't fazed him.

Keep scrolling to see what Post-Malone looks like without his classic long hair and face tattoos... It'll shock you.