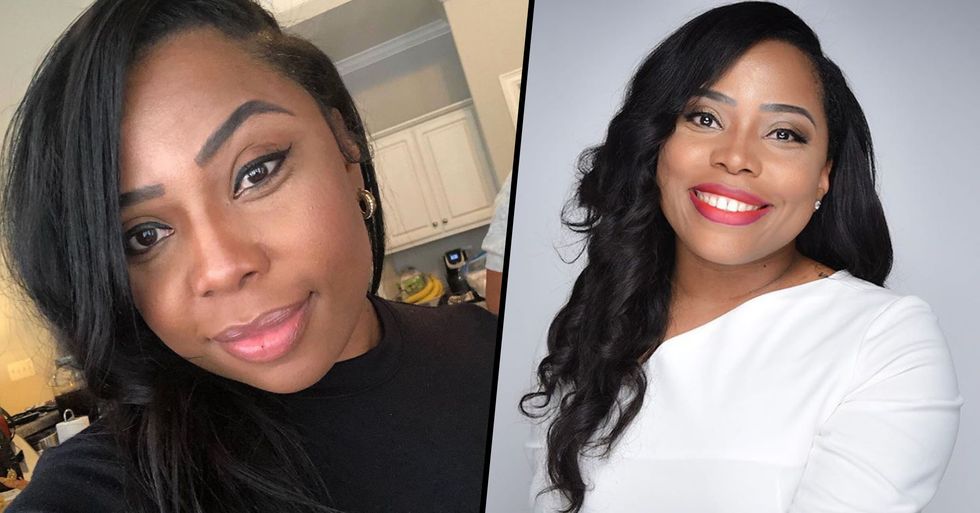 A Tennessee lawmaker has recently been under fire after she had been caught using federal funds to pay for her wedding as well as other gifts to fund her lavish lifestyle. Now, she could be doing time for her reckless actions.

Her response to the accusations is shocking...

This might just be one of the most devious scams in American history.

A Tenessee lawmaker has found herself in the hot seat after she was found to be using a substantial amount of federal funds to pay for her wedding as well as other luxurious gifts.

A person's wedding day is supposed to be the happiest day of their life...

Yeah, it's supposed to be.

An awful lot of time, planning, and money gets thrown into a wedding...

So, of course, tensions can run a little high.

For most, the big day has to be perfect.

Whether it be the wedding dress (obviously) or the cake... Most people want everything at their wedding to be completely impeccable.

But of course, that can cost an arm and a leg.

Weddings don't come cheap, as everyone knows, but they should be filled with happiness regardless of how many bucks were splashed out.

Well, one woman did not think so.

She was going to do everything in her power to have the perfect wedding, even if that meant having to steal from her own workplace.

Senator Katrina Robinson is an American politician that represents the Democrats in Tennesee's district.

Everything about her life seemed perfect from the outside but now that the scandal has come to air, things weren't as perfect as they seemed.

Robinson was first elected into the 33rd district after defeating a long-standing rival.

Twelve-year incumbent, Reginald Tate, had previously held the board, but after winning 67% of the votes, he was replaced with Robinson.

She is also a business owner and a registered nurse...

But those achievements have been tainted after her most recent scandal.

Yesterday, Robinson was charged with a serious count of theft and embezzlement.

The news comes after prosecutors alleged that she had been stealing money from funds awarded to The Healthcare Institute, a company she is the director of.

This criminal offence occurred between the years 2015 and 2019.

On Wednesday, it was announced that Robinson had used the money to fund her lavish wedding, her honeymoon, and other gifts in order to bump up her lifestyle.

And the effort wasn't even worth it, because Robinson is now divorced.

But according to prosecutors, she also used the stolen money in order to pay all of her legal fees for the divorce proceedings!

And it doesn't end there...

The FBI also added that she also bought a 2016 Jeep Renegade for her daughter as well as paid for home improvements using the federal funds.

And just to make things worse, if they weren't already, she also started up another business for her kids to run.

That's right, the senator was getting a little too big for her boots. She decided to invest in a snow cone business which is now operated by her children.

Other purchases included a Louis Vitton bag for $500.

But that was probably one of her more cheaper shopping ventures.

In fact, according to further investigation, it was revealed that Robinson had spent close to a million dollars.

Let me break it down for you. According to the New York Post, she had already spent $600,000 on paying for her wedding, the honeymoon and other lavish gifts.

But that's only the things that are listed...

In the end, Robinson was charged with theft and embezzlement as well as wire fraud.

And it was hard for people to have pity on her when they found out...

Some people joked about the situation...

While others took it very seriously.

The list seems to be growing longer and longer...

Some just expressed what they were thinking:

Keep scrolling to find out how long she could possibly get if she gets charged for this...

Despite all these serious charges, Robinson has asked for sympathy.

She asked for further support from her fellow constituents as well as from her fellow nurses. Her attorney went on to claim she has a story to tell that will result in her vindication.

She further elaborated saying she will continue to serve the 33rd district.

Robinson claimed she will do so “with the same integrity, the same passion that I’ve demonstrated since you’ve elected me to this office."

“It is believed that if I were not in the position that I’m in, that if I did not champion the voices, the views and the faces that I represent, that I would not be in this moment right now," Robinson said.

Even though some haven't been as forgiving, others have...

Tennessee’s state Senate Democratic Caucus said in a statement Robinson’s legislative work “is not in question" and she “deserves the presumption of innocence and due process."

Let's just hope she has a pretty good excuse for the crimes she has been accused of...

Or she is likely to be facing up to twenty years in prison. Yikes. Stay tuned for further updates. In the meantime, see what other senators have recently been facing the heat after some pretty disgusting allegations have surfaced.