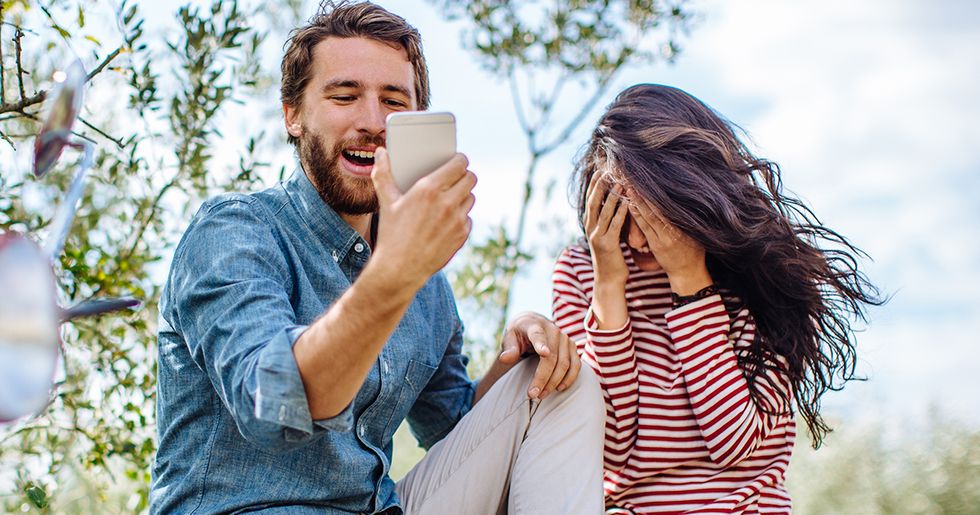 Terrible Social Etiquette Mistakes You're Probably Making Without Knowing It

We are living in an age where bad social behavior is becoming the new standard and we’re all just letting it happen. We can’t go on social media or turn on the television without hearing about someone going off the rails or doing something totally ridiculous that has everyone asking themselves "what the heck is up with that guy?".

Some of us don’t even realize that we're practicing bad social etiquette. For example, why are we spending time on our phone while having dinner with loved ones or making our lives seem more glamorous than it is by cropping the hot mess in the background of our photos? We are annoying and we don’t even know it.

Don’t get me wrong, It’s OK to be quirky but there are some things that are just not good for us or other people that many of us don’t seem to understand is a bad social behavior. Luckily, we have a list of things that people of Reddit shared on the thread "What is a stupid social thing that we all need to just stop doing?" that we should stop doing immediately. Let's all use this as a guide to be cooler and more socially acceptable than we think we are.

Don't go into debt for love.

Having a wedding so extraordinary it puts you and your spouse in immense debt. -andbingowashishomo

A lot of people seem to be confused by door etiquette which results in a lot of awkward encounters when it's rather simple:

Whoever is pulling the door should always leave way, that's it.

This is so true.

Working ourselves to death. -dsmaxwell

We should probably text each other before doing this.

I have a friend who will always try to call me using FaceTime. I ignore it and call him back normal. I hate FaceTime even when I’m not out in public. -KelleyK_CVT

This next one is something I've personally dealt with and I find highly annoying.

We don't have to say yes to everything.

Luckily, I have kids that I can use as an excuse to get out of doing things.

Interrogating people and trying to guilt trip them when they decide not to go to things. Everyone is so anxious these days to have excuses ready for not attending a night out or unimportant event now because a simple "Sorry, I just need the day to myself" just won't do anymore. -nightwing0243

Say it louder for the people in the back.

Documenting your child’s entire existence online. Privacy has become a privilege that parents are all too willing to steal from their kids. It bothers me. -adelltfm

Many people are not aware of how things are moving around them.

People need to think and move in terms of traffic flow.

On the highway move over if you are driving slower and don’t block traffic, period.

In public shops don’t stand in walkways, move yourself and cart to the side.

A lot of people do this so it is socially acceptable to do this. Doesn’t make it right.

Don’t know why this is so hard as it’s rarely anyone’s first time in public.

This is definitely not a healthy social habit.

The next few social habits are of things that affect people psychologically and we should really look within ourselves to not do these to others.

They're uncool, and we can all do better.

I'm not saying post pictures of you miserable and depressed, you can post the best you. Just make sure it has some semblance to reality or its awkward when we catch up and I mention something on your social media that turns out to be a load of crap.

Let's stop shaming people that are working on creating their future.

I'd say we need to stop shaming people for not knowing what to do for a career, and to realize that education is different from career training. We keep trying to make kids choose their future earlier and earlier, before they have life experience or education to know what is out there. -purpleyogamat

No one likes a one-upper.

I call it the victim Olympics. Basically people who cant help but try to one-up you and invalidate your own problems when you share it with them. They always have to be the only one with problems and have to have it the worst. -P_NEDA

As long as my toddler is not around, silence is golden.

Not being comfortable with silence or doing things on your own.

So far, these Reddit posts are great suggestions for bad social habits we should change.

Stop thinking that change is not good.

Sticking with things just because 'they've always been this way'.

Being fundamentally opposed to innovation is absurd and really shouldn't be a thing.

This one is such a pet peeve.

Saying stuff like "No offense" before saying something incredibly offensive as if it nullified all the damage. -Ezekiel_Blufur

Folks, this is very gross and creepy.

Taking pictures of strangers and putting it up on the internet without their consent. -neuro-pathy

I hear people say things about this a lot.

Claiming you have certain behaviors because of your astrological sign. -ermagherdnoway

Have any of these terrible social habits hit home yet?

Because there are more and they're so on point.

I agree with all of these.

This one is for men.

This is another that should be said louder for the people in the back.

Forcing kids to kiss/hug family and friends (who are total strangers to them).

Bodily autonomy should be taught from a young age, family included.

And it should be totally acceptable to greet someone with a "hi" and a wave instead of a kiss. Doesn't mean I don't like you or I'm snubbing you, it just means I'm not comfortable being that close to someone I don't know well.

Wish my toddler could read and understand this one.

Interrupting. Just, stop. Listen to what the person has to say before jumping in. It’s stressful to listen to a conversation made of incomplete thoughts!!! -FrancescAveMaria

People of Reddit are aware of many terrible social practices.

These are big ones and we should share on social media freely.

It's true. Some people just don't know when to stop.

We have certain social expectations of the environment that is actually damaging it.

Having lawns at every house and golf courses in the middle of the desert. Its just a waste of water. -toxic_badgers

Can I get an Amen?

It's OK to keep things to yourself on social media.

Putting your entire life on the internet. -waxmygwbush

This Reddit thread knocked it out of the park.

These behaviors do not need to be the standard. Let's make it a point to change them.