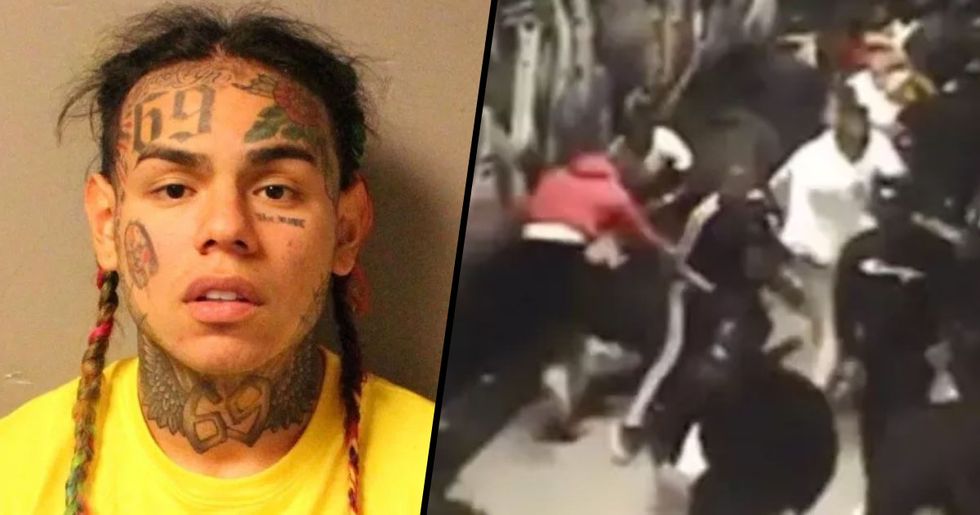 Daniel Hernandez, or Tekashi 6ix9ine, as we more commonly know him, has now completed his second day on the stand in federal court for gang-related crimes.

And now, the terrifying footage of the mass brawl and shoot out between him and rival rapper, Casanova, that led to his arrest has finally been revealed...

And, while his future remains uncertain, Tekashi cooperating with the federal authorities will certainly cause some issues out on the streets.

The twenty-three-year-old rapper must be getting even more worried about whether he will be let off for his crimes, because he even landed fellow rapper, Cardi B in it.

And Cardi B wasn't the only rapper that Takeshi 6ix9ine threw under the bus.

Who knows who Takeshi 6ix9ine will claim was part of the Trey Nine Bloods Gang next?

And his future remains unknown.

It has been reported that Hernandez may be offered witness protection if he avoids jail, which isn't really surprising given that he has already been dubbed 'Tekashi Snitch 9ine" by many in the rap game.

And footage of the event that led to Tekashi's arrest has now been released.

The New York Police Department released the CCTV footage from the night of a violent brawl and shoot out between the Nine Trey gang and their rival, Casanova.

The brawl happened at a boxing match at the Barclays Centre in New York last November.

And Tekashi (in the bottom left corner of the frame) and his fellow gang members can be seen walking down a deserted corridor.

They are met by Tekashi's rival, rapper, Casanova.

And tensions quickly escalate, with the crowd suddenly turning into a brawl.

Though the video has no sound, it is clear that a gun was fired.

Because you can see some gang members fall to the floor, while others scramble away in evident panic. You can watch the full footage here. Thankfully, nobody was hit by the bullet, but Tekashi 6ix9ine was subsequently arrested, and now faces up to forty-seven years behind bars. Moral of the story? Don't join gangs, kids.