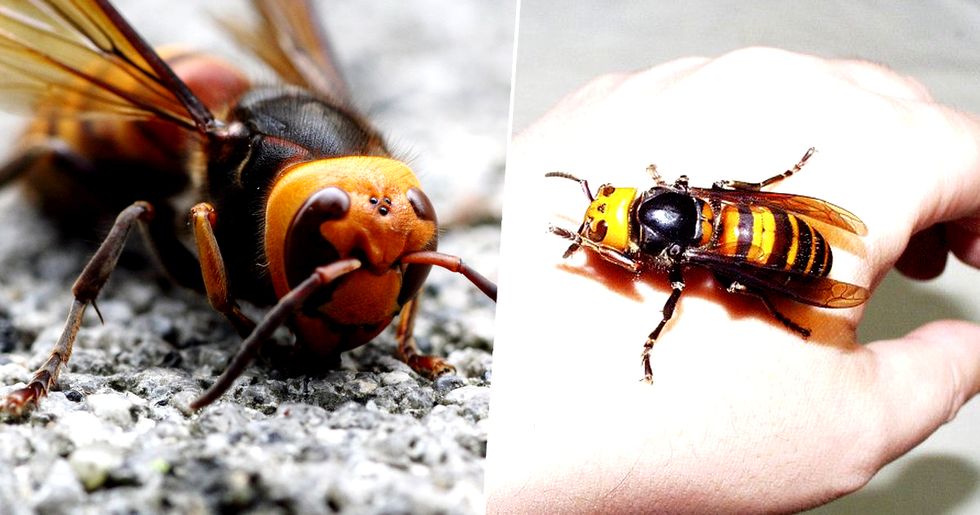 As if you thought things couldn't get any scarier, giant murder hornets are now invading the USA. And footage of one, in particular, has the internet feeling horrified.

Hardly surprisingly, this story has absolutely dominated the news cycle of late.

So if you're feeling fatigued of pandemic related news ...

How about something completely different?

Here's some news that has nothing to do with the virus.

This is the story of murder hornets in the US. And yes, at first glance they might sound even more terrifying.

Well, a bee breeder at the Washington State University's department of entomology, Susan Cobey, said: "They're like something out of a monster cartoon with this huge yellow-orange face."

Well, because they murder. They're well known for brutally massacring bees. Nice.

Writing in WSU Insider, Seth Truscott said: "Hornets are most destructive in the late summer and early fall, when they are on the hunt for sources of protein to raise next year's queens."

"They attack honey bee hives, killing adult bees and devouring bee larvae and pupae, while aggressively defending the occupied colony," he added. "Their stings are big and painful, with a potent neurotoxin. Multiple stings can kill humans, even if they are not allergic."

First things first: do not attempt to remove them yourself.

"Don't try to take them out yourself if you see them. If you get into them, run away, then call us! It is really important for us to know of every sighting if we're going to have any hope of eradication."

And if you were in any doubt as to how deadly these things are...

This video should assuage any doubts at all. Absolutely horrendous. Want more terrifying bug content? Scroll on for an enormous spider who's feasting on a rather surprising snack...