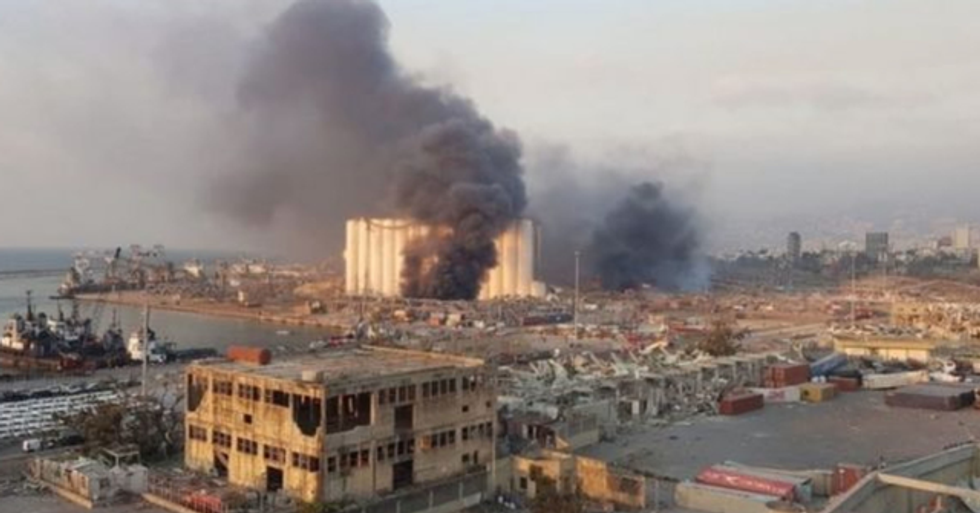 As we watch on in horror as the situation in Beirut intensifies, many of us can't help but feel an overwhelming sense of relief that this horrifying situation would never rock a major city here in the States.

But what if it did? What if an explosion of that magnitude detonated in one of our cities?

Well, one woman has created visual maps that show just how devastating the damage would be if an explosion of this size was to occur in our country... And it is truly horrifying.

The city of Beirut is in a state of mourning.

The footage from the blast is truly horrifying.

But it has since been confirmed that at least 135 people have died, with a further 4,000 people suffering from grave injuries.

So, sadly, the death toll is expected to rise drastically within the next couple of days.

And now, 2 days on from the devastating event, footage from the aftermath continues to emerge online.

And satellite images of the city before and after the explosion have highlighted the sheer scale of the devastation...

It is going to take Beirut years to recover from this.

But images of the aftermath have made many of us wondering one thing.

As more and more images of the harrowing disaster site emerge, many of us have been contemplating what the scale of the damage would be in our own cities.

Reports have claimed that the explosion was felt as far away as Cyprus in Europe...

So, of course, it would have wreaked total havoc had it happened in our country.

Here's a graph that demonstrates the magnitude of the blast in Beirut.

As you can see, the shockwaves reached as far as ten kilometers from the detonation site.

So, professional cartographer, Joanna Merson, decided to recreate this graph on the maps of different major cities.

After spotting a similar viral picture, which was incorrect, Joanna took to Twitter to share the accurate graphs, writing: "This morning I woke up to see viral maps incorrectly comparing the damaged area of the Beirut explosion to London and New York. I have corrected the maps with a little thread to explain my corrections."

Firstly, she demonstrated it on a map of London.

As you can see, the majority of the U.K's capital would have been fully wiped out in the blast.

And then, she demonstrated how Manhattan would have fared.

As you can see, the damage from the explosion would have proven to be completely devastating for the residents of New York.

1/x This morning I woke up to see viral maps incorrectly comparing the damage area of the Beirut explosion to Londo… https://t.co/cU0LqJFAG0
— Joanna Merson (@Joanna Merson)1596656120.0

Our thoughts go out to the people of Beirut.