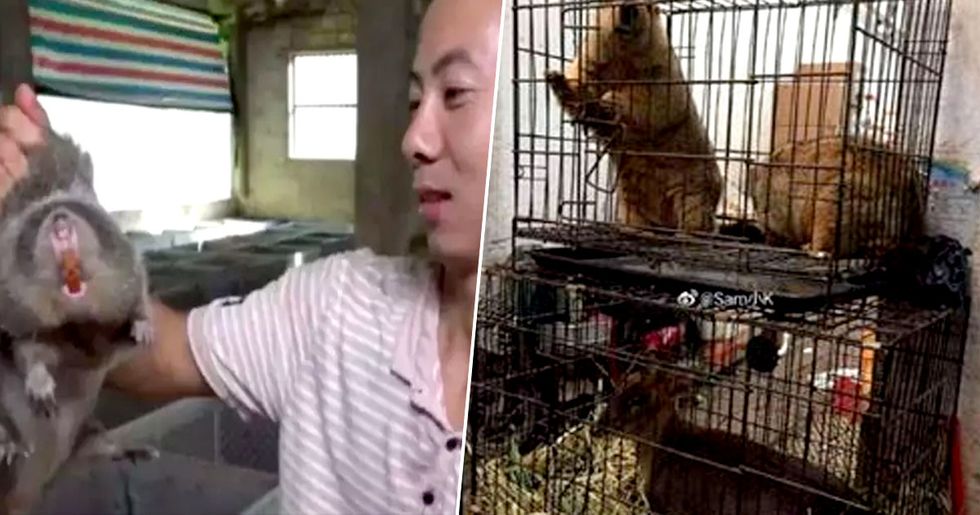 We are in the midst of a medical crisis - The deadly coronavirus has infected hundreds of people and is now spreading across the globe at an alarming rate.

The virus originated in China, and the country has descended into mass hysteria as people desperately attempt to protect themselves from the virus.

One shocking and heart-wrenching story even emerged of 2 panicked parents who completely abandoning their sick children at the airport.

They're not certain what caused the disease but it's thought to have originated in a meat market. And now we can take a look.

Keep scrolling for the full details on this sickening case.

So far, there have been over 800 cases of the virus, and twenty-six people have died.

Chinese airports have been completely chaotic.

One shocking and truly heartbreaking story emerged making the situation even more devastating.

A child was reportedly abandoned at an airport amid the virus chaos.

A passenger traveling from Nanjing Lukou International Airport has alleged that they witnessed a sick child and his sibling being abandoned at the airport by their parents after being denied entry on their flight.

It is unknown whether the child was actually suffering from the coronavirus...

The child's dad was allegedly insisting that he wasn't sick, but it is believed that the youngster was refused entry to his flight due to his feverish condition.

The passenger shared photos of the quarantined children to the Chinese social network, Weibo...

Where he wrote about his experience as he watched the parents argue for 3 hours with airline staff to try and get their children on board the flight, causing severe delays for other passengers in the process.

But their arguments were to no avail...

And, instead of rejoining their children, they went on to board the flight alone, leaving the youngsters, scared and alone, behind in the airport.

Airport staff were left to deal with the abandoned children...

While the parents, who were clearly experiencing the hysteria surrounding the deadly virus, boarded their flight and went on their way. Sadly, this shocking and completely heartbreaking story is only the beginning of a worldwide crisis. This is a developing story, and we will be posting further updates as it progresses.

They're not certain what causes Coronavirus.

There are many theories, most of them claiming it stems from eating a certain meat. One such theory is that the disease comes from fruit bats, which are a delicacy in certain areas of China.

But they think they know where it comes from.

In a meat market in Wuhan. And now we can finally take a look at what these markets look like.

It's called a wet market.

And it's where meat is traded alongside live animals. Such markets are under mass scrutiny following the outbreak.

The images are shocking.

Images have been released of rats, snakes, wolf pups and koalas allegedly for illegal sale at a wet market in Wuhan. The images also show just how unsanitary and dirty the markets are, with the meat left on filthy floors.

The market has now been called Ground Zero.