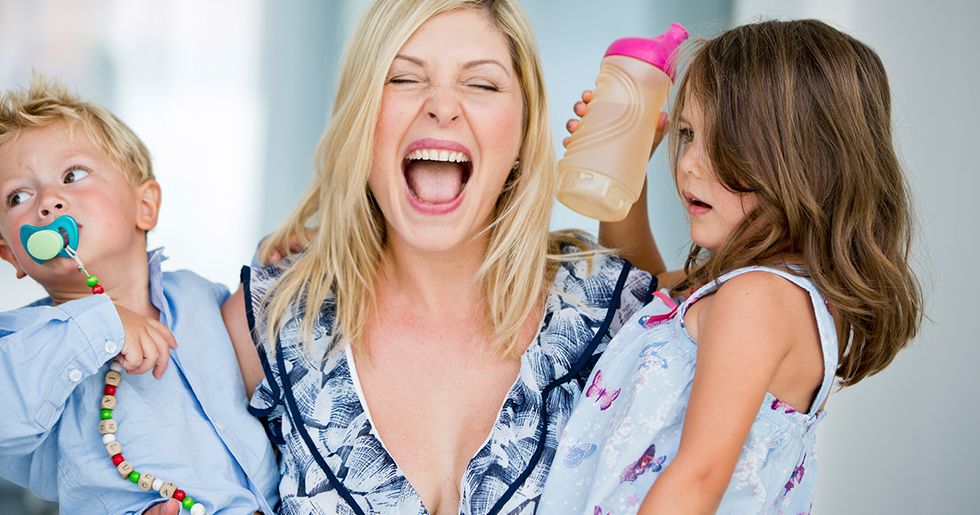 19 Adults Confess the Crazy Ways We're All Becoming Our Parents

When you're a kid, you roll your eyes at almost anything your parents do. They're crazy!

But as you grow up, suddenly many of their quirks start to make sense to you.

This is usually a traumatic experience for people. They wake up one day and realize they're old.

If you're older than like 25, you've probably had at least a couple moments where you go, "Oh no. I'm my mom." Or you'll yell at a kid on your lawn and say, "This is it. I'm officially my dad." On Twitter, #SignsYouveBecomeYourParents is too real.

Look, the second you start paying your own electric bill, you become super conscious of when lights are needlessly left on.

These cookie tins have never been filled with cookies. They're always filled with sewing supplies or craft stuff or even old photos.

OK if this is a sign that you've turned into your parents, then I became my parents when I was 12 years old. I'd be at bar and bat mitzvahs going, "Thank goodness I'm not near the speakers and the dance floor."

If you don't have an entire cabinet dedicated to plastic grocery bags you never use, are you even an adult? The next one is for the frugal people in the bunch.

I review my receipt before I leave the store #SignsYouveBecomeYourParents https://t.co/yJTqmn7VaD
— Rasna (@Rasna)1518233090.0

I mean, this is just common sense. You want to make sure all the charges are right! Unless you're a billionaire, this is just what you should do.

At a certain point, farts become so frequent that it would be a gigantic waste of time to laugh at or even acknowledge every single one. We're just saving time here.

You aren't aware of how loud your own children are until you are trying to talk on the phone or listen to the television. It's insane.

This, I never understood growing up. My mom made a huge to-do about scrubbing the whole house clean whenever anyone visited. Now, as a renter of my own apartment, I get it. People can't see how I actually live.

Oh my goodness, I cannot tell you how excited I get to have time to run errands and buy supplies and clean my apartment. It doesn't happen a lot, but it's a joy.

I don't think my parents ever lied to me about pets "going to live on a farm," but I wouldn't have put it past them to replace toys after they "accidentally" broke them.

I was never aware of my parents keeping stamps in their wallets but that is something that I totally do, and I don't even know where I got it.

If it's not someone's name, it's a very minute, unimportant detail from the story, and yes, I find myself obsessing over not remembering that detail and totally ruining the story.

You lose your mind when someone drives too fast down your street. #SignsYouveBecomeYourParents https://t.co/LW1VC6QZWQ
— Mike Rigz (@Mike Rigz)1518288507.0

I cannot even tell you the stink eyes that I give to people who drive too fast down my street. They are devastating. The next one is a little insane.

This I don't understand. Either use reusable bags or don't, but don't wash Ziploc bags. That's too much.

I haven't quite reached the age where I need reading glasses, but I remember that happening to my parents, and I am sure it is not far off for me.

I have done this so many times, and it's always sushi or burgers in the seat next to me. Maybe one day, it'll be a real child.

That's a keeper right there! You gotta beat the rush when you're going out for dinner. That's the only way to do it!

What is it about growing up that gives you an internal alarm clock all of a sudden? It's like I turned 28 and all of a sudden I woke up without fail at 7 a.m. every single day. Share this with an old fart in your life who's definitely turning into their parents!