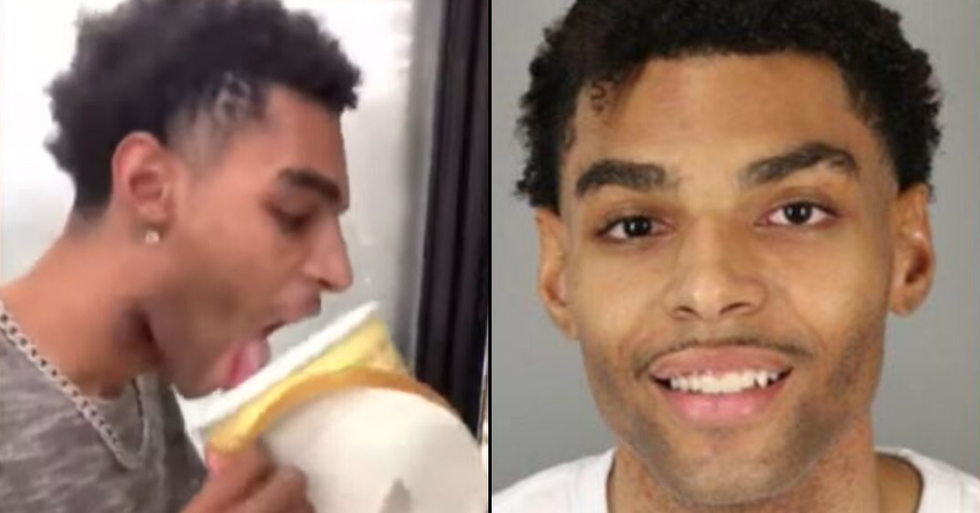 Remember last year, when the latest viral trend was to take the lids off of icecream tubs in supermarkets and (disgustingly) lick the top, before putting it back on the shelf?

Well, one of these pranksters was caught red-handed and has now been sentenced to thirty days in jail.

It's now sold in several supermarkets across the States.

Last year, the popular ice cream brand found itself at the center of a bizarre internet trend.

In a clip posted to Twitter, the woman could be seen licking a tub of the frozen dessert.

The brand were even forced to release a statement on its website.

And it turns out that not everyone was disgusted with the footage, as several people started filming themselves doing the same thing. For example, this video showed a guy opening a tub of ice cream, scooping some out with his fingers, offering some to the person behind the camera who did the same, having some more himself, and then throwing it back in the fridge when he got nervous.

According to the MailOnline, CCTV showed that he later bought the tub of ice cream in question.

But the store was still forced to throw out all of its Blue Bell ice cream as a precaution.

Law enforcement were less than impressed with the twenty-four-year-old.

And the prankster eventually pleaded guilty to public mischief.

He also pleaded for leniency - asking the judge for probation.

The case has been ongoing for 7 months now.

But now, a decision has been made.

And it seems that Anderson will finally pay for his actions.

The twenty-four-year-old was sentenced to thirty days behind bars...

And was given 2 years probation for his Blue Bell stunt, NBC reported.

And restitution of $1,565 to Blue Bell Creameries, the Jefferson County District Attorney’s Office said in a statement.

Even though he bought the ice cream...

The distress and hassle caused by the prank was enough to justify locking Anderson up for a little while, just to teach him a lesson.

His behavior has not been tolerated...

And his punishment stands as an example to everyone else. "Anderson's actions caused public concerns about the safety and quality of consumer products offered for public consumption, impacted Blue Bell consumer confidence and caused the company financial loss. This type of activity will not be tolerated," the Jefferson County District Attorney’s Office said.

You can watch the original clip here.

Let's hope he learned his lesson. Speaking of pranks gone wrong, people were furious with McDonald's for their April fools prank last year. Keep scrolling to see why...