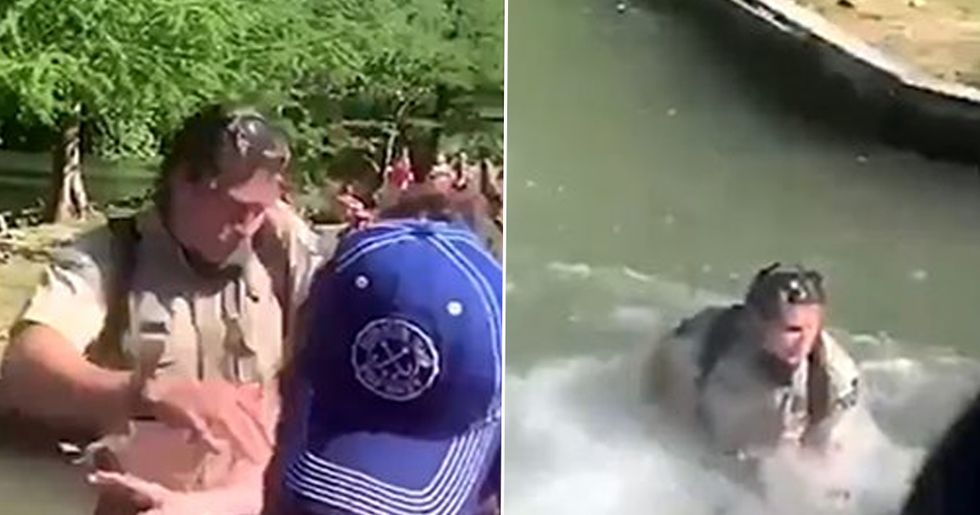 However some people just aren't taking it seriously enough and now innocent people are getting hurt.

This park ranger in Texas was thrown into a lake when he told a group of people to 'disperse'.

Keep scrolling to see the video for yourself.

Two weeks ago, an important announcement came out of Washington, DC.

And, tragically, a staggering 2.9 million more have reportedly been infected from the illness.

Since the first confirmed case of the virus in Washington in February, the numbers have risen to 970,000 across the full country, and a further 50,000 have died.

He has been sending a very different message to his people...

But worst of all?

Now innocent people are getting hurt - such as this park ranger who tried to tell people who social distance.

He was warning them about Coronavirus.

A park ranger in Texas was warning a group of people about COVID-19 and telling them to social distance.

They were drinking and smoking.

The ranger told a group of people to 'disperse' because they were not adhering to the necessary social distancing rules.

But they pushed him into a lake.

Just seconds after one member of the group responded: 'I got you', another man ran at the ranger and pushed him into Lake Austin.

The man was arrested.

He was quickly identified as Brandon Hicks and was arrested and charged with attempted assault on a public servant. Officials say the assault could've caused the ranger to bang his head and fall unconscious in the water. Thankfully he did not.