Texas Pastor Claims He Can Blow Coronavirus Away | 22 Words 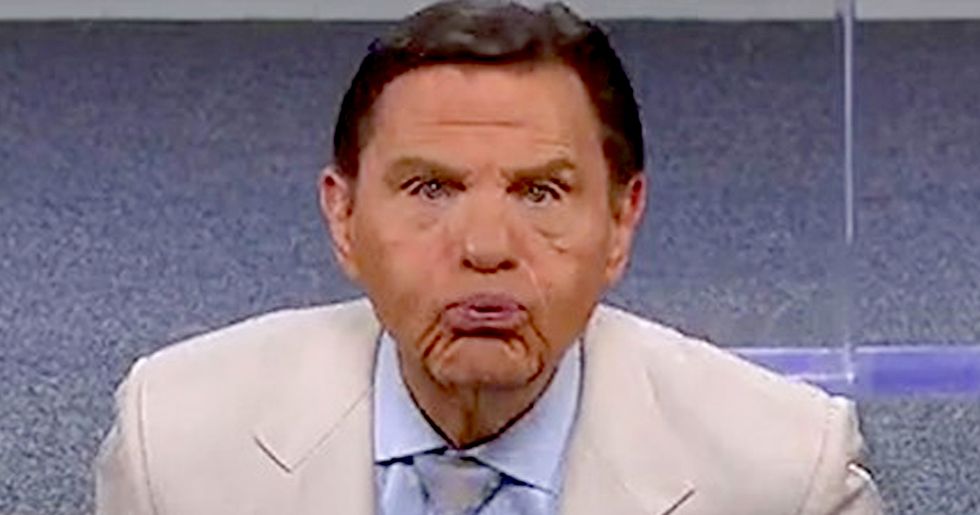 Texas Pastor Claims He Can Blow Coronavirus Away

Joseph Loftus
This pastor in Texas claims he can blow Coronavirus away!

But thankfully one man has the answer. Welcome to the stage Pastor Kenneth Copeland who claims he has that all-important cure. He's gonna blow it away... Or so he claims in a bizarre sermon.

His identity was then revealed...

However some people still don't care.

You’re not stuck at home, you’re safe at home. Please do the right thing and stay there. #StayAtHomeAndStaySafe https://t.co/QbNZSFWBYM
— NHS Million 💙 (@NHS Million 💙)1585391335.0

Despite constant pleas from doctors, medical experts, scientists, and politicians about the seriousness of coronavirus - some people still don't seem to care.

21-year-old Instagrammer Ireland Tate from Nashville boasted online about how she would not be following the governments pleas for social distancing.

Then the inevitable happened.

Despite telling her followers she 'probably wasn't going to get' Coronavirus - she has, in fact, caught Coronavirus. More specifically she said:

I'm aware that we're supposed to be self-quarantining and social distancing and all these things to like keep everyone safe. I get it. Cool. Great. I just don't think that I'm gonna get the virus.

Days later she posted online revealing that she had in fact caught the virus. She said:

A little update on corona, isolated quarantine, and why staying home is important. If you hadn't heard by now I tested positive for COVID19 on Wednesday. I didn't really have any new symptoms other than being extra tired and body aches. Then I developed a cough, a terrible migraine that is going on 4 days strong, loss of appetite, shortness of breath, and just overall a gross feeling.

You've got to take this seriously people. Countless lives are at risk.

Talking of people who aren't taking this seriously.

This pastor in Texas claims he can blow Coronavirus away!

He claims to have the cure for coronavirus - and what is it? Just blow it away! Ironically that's probably the worst thing you could possibly do...

He's been a pastor for over five decades.

But this sermon which he dished out on Thursday has got to be his most legendary to date.

He promised the virus will die soon.

And that with just a little wind and heat - he could end coronavirus once and for all.

We might as well hope he's telling the truth.

Check out his speech.