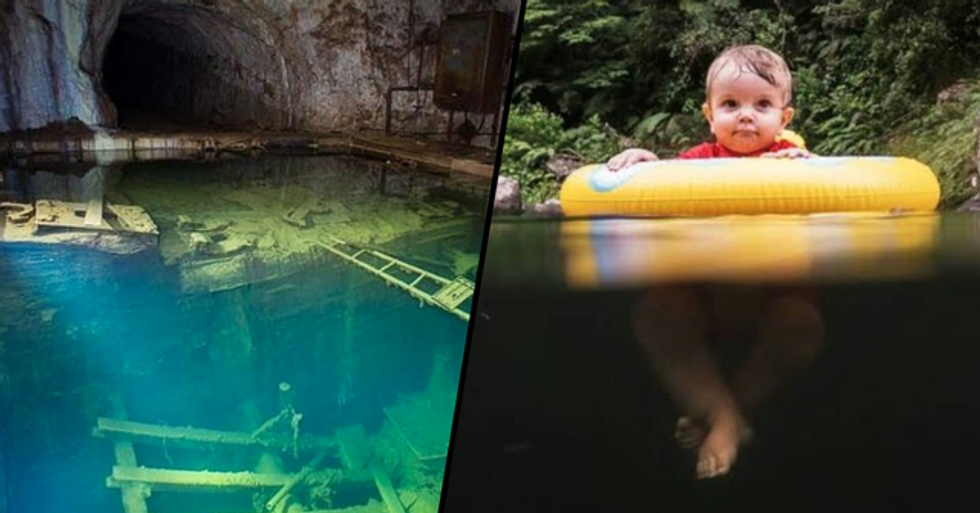 Thalassophobia Is a Real, Absolutely Terrifying Thing and You Almost Definitely Have It

Out of all the phobias in the world, Thalassophobia is perhaps the most mysterious... Because it turns out that, despite never having heard of it, so many of us suffer from it.

Keep scrolling to read about this unusual fear, and to find out if you have it yourself...

Most of us will have experienced the sickening fear of a phobia at some point in our lives.

A phobia is an intense fear of something that, in reality, poses little or no actual danger.

Yes, we all get a little nervous when flying...

And I don't think anyone actually likes spiders.

But, for some people, these fears are much more intense.

Fears can develop into a phobia, which makes a person irrationally fearful and nervous of just the thought of their trigger.

But virtually anything can be developed into a phobia.

These days, there's a phobia for pretty much anything... You name it, someone will have an irrational fear of it.

But now, there's one phobia, in particular, that's getting people talking.

A certain fear called Thalassophobia is Twitter's latest discussion point... Because it turns out so many of us have it.

Admittedly, most of us won't have even heard of it before today.

I, for once, certainly hadn't.

But Thalassophobia is real...

And it is completely terrifying.

Do you have Thalassophobia? Keep scrolling to find out...

How does this photo make you feel?

And what about this one?

There's something dark and mysterious lurking beneath the surface...

Are your palms sweaty yet?

Or would you happily dive head first into this pool?

And how would you feel if you saw this sign while diving?

Would you simply swim past it into the depths? Or would you be straight back up to the surface?

How about this photo? Is your heart racing? Or would you love nothing more than to explore the depths?

Well, if you felt triggered by any of these photos...

You could, in some way, suffer from Thalassophobia.

But what exactly is Thalassophobia?

To put it simply, Thalassophobia is the persistent fear of vast, deep, and often dark bodies of water.

More particularly, it is the fear of the unknown.

Whether it be in the ocean, a deep river, or a large lake, this fear can stem from the thought of some kind of unknown creature swimming below or even just knowing how deep, expansive, and dark some large bodies of water are.

And it doesn't help that water gets darker the deeper it gets.

Around eighty percent of our oceans remain undiscovered, so we can only imagine what lurks in those terrifyingly dark depths.

The symptoms of this phobia can vary...

While most people will simply feel uneasy and nervous while out at sea, in some extreme cases, a sufferer may start to shake, sweat, or vomit when they are near or in a large body of water.

For more on unusual and irrational fears, keep scrolling...