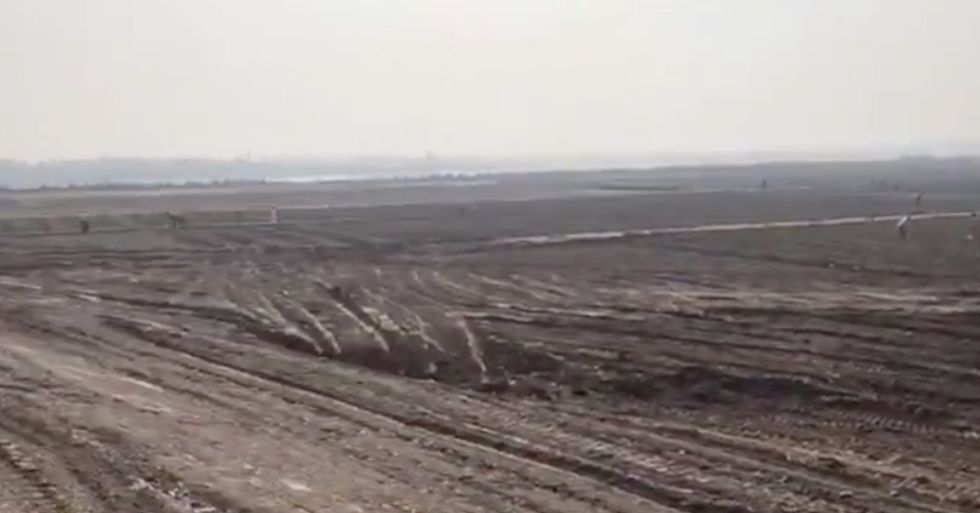 One of the most talked-about topics today is the state of our planet.

The human race hasn't been very kind to the planet, and we are finally starting to notice the side effects. The Ozone layer has cracks in it, over half of the Great Barrier Reef has died and different animal species are going extinct up to 10,000 times faster than the natural rate.

One of the major forms of man-made destruction is deforestation, but parts of Asia are taking the problem into their own hands. Pakistan is the latest country to do just that by creating an initiative "10 Billion Tree Tsunami" and it has completely transformed their country.

Deforestation is a major issue.

According to National Geographic, "forests cover about 30 percent of the planet's landmass, but humans are cutting them down, clearing these essential habitats on a massive scale." Not to mention limiting the speed at which carbon dioxide is removed from the atmosphere.

This only adds to the current major climate crisis we're experiencing.

For example, since the increased media coverage on the issue of the fast-fashion industry, and the detrimental contribution it has to climate change, it seems logical to be selective about where and how often we buy clothes. AKA buying second hand, from sustainable brands, or just not as often.

Asia seems to be leading the way when it comes to this particular field, with countries like the Philippines and Pakistan taking the issue very seriously.

The initiative aims to plant 10 billion trees within 5 years, and also includes increasing forest area, rehabilitating degraded forests, protecting green areas and its wildlife and providing extra jobs in order to complete all the objectives.

And in only a year, the results are amazing.

A video of the changes to the area was uploaded to Twitter after 350,000 hectares of trees were planted, social media users were left shocked at the drastic differences.

This user commented that this is Pakistan's "true spirit."

Others commented that Pakistan's current government is finally implementing change.

The environment should be every government's concern.

Others commended the "great work."

The compliments are well deserved.

This was the area before:

As you can see, the area is basically deserted, with just soil and dirt all over.

And this is the after picture:

It doesn't even look like it's the same place, but this is the Balloki Nature Reserve in Lahore, Pakistan after a year's worth of planting trees and greenery.

The project also saw other areas of deserted land get a re-vamp.

Wow, the differences are simply astonishing.

And finally, we have Kundian Forest, which was started 6 months ago...

And look at the amazing progress in such a short space of time.

Here's the video of the comparison shot of the nature reserve in Pakistan:

Was a treat to visit #BallokiNatureReserve #Lahore after a year - #PMIK @ImranKhanPTI inaugurated this in 2019 as p… https://t.co/mLpclHsuJY
— Malik Amin Aslam (@Malik Amin Aslam)1596182267.0

Pakistan joins a number of other successful tree-planting projects, including Ethiopia’s record-breaking campaign that saw 350 million saplings planted in twelve hours. We just can't wait to see the full set of results at the end of 5 years. In the meantime, keep scrolling for small but significant ways you can help make a difference...