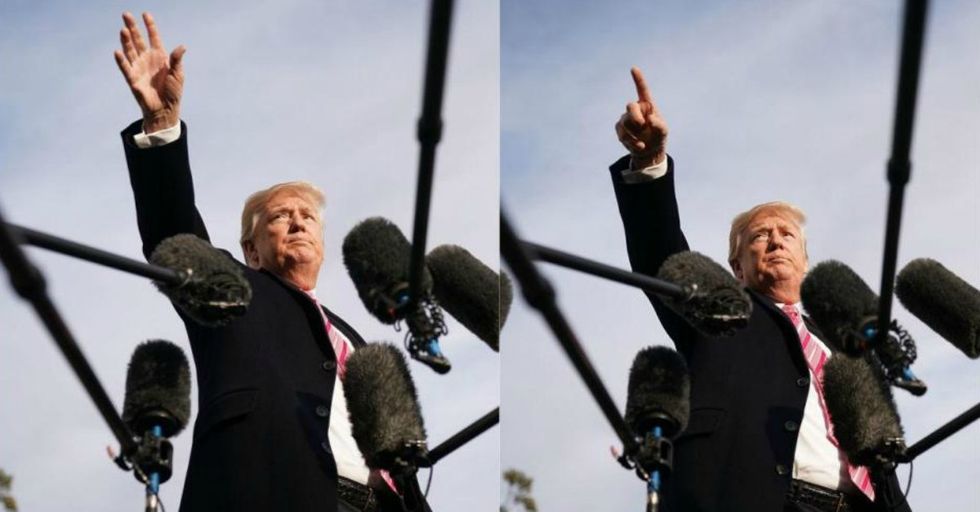 Who knew dictionaries would become the very definition of "cool" in 2017? Merriam-Webster long ago solidified its stance as the socially progressive, passive-aggressive hero of the word-based resistance, and now Dictionary.com has joined the ranks with its truly incredible selection for its Word of the Year.

Let's be honest, dictionaries were always the best. It's just now, when words are mattering simultaneously more and less than ever, that everyone is beginning to realize just how significant (and badass) dictionaries are.

We all know that Ivanka Trump has struggled with her words.

And it's not surprising considering who her father is. While Donald Trump has claimed to have "the best words," he most certainly does not. And neither does his eldest daughter.

In fact, Ivanka Trump has such trouble with the English language that writer Eve Peyser wrote a whole Twitter thread on the subject.

No joke, Peyser found examples of eight — EIGHT — common words that Ivanka misused in public. Sure, the occasional slip-up is understandable, but when you're that bad at speaking, there's a larger problem at hand.

She doesn't know the meaning of the word "birthday," to start.

Come on, people. This is egregious. But "birthday" isn't the only word Ivanka misused. Other words she used incorrectly include "relative," "albeit," "otherwise," "juxtaposition," "overlay," "competition," and, of course, everyone's personal favorite, "complicit."

If you'll recall, in an interview with CBS News' Gayle King, Ivanka seemingly did not understand the meaning of the word, saying, "If being complicit is wanting to, wanting to be a force for good and to make a positive impact then I'm complicit." But that's not what the word means. Like, at all.

Ivanka became almost synonymous with the word "complicit" after that — she even inspired one of Saturday Night Live's best sketches of the year.

In the parody commercial, Ivanka is the face of a new perfume called "Complicit." At this point, it's true — Ivanka = complicit. And our beloved dictionaries weren't about to stay out of that conversation...

Back in the day, following that fateful interview, Merriam-Webster kindly defined the word "complicit" for Ivanka, who clearly didn't understand what it meant.

It was a thing of beauty. Lookups of the word trended after Ivanka admitted to not knowing what it meant, and "complicit" has remained in the lexicon ever since then.

That's why Dictionary.com decided to name "complicit" its Word of the Year for 2017!

We're so excited to announce that the Word of the Year is covfefe! JUST KIDDING! But it is complicit.… https://t.co/Yntz9zjRgH
— Dictionary.com (@Dictionary.com)1511792737.0

At first, they said it was "covfefe." Hilarious. But their real selection for Word of the Year — complicit — is just as timely and just as critical of the Trump clan.

And Twitter loved it. Some even had suggestions for what could be runner-up...

Dotard, if you don't remember, is the insult North Korean leader Kim Jung Un hurled at Trump. It's a real word that means "a person in his or her dotage (a state or period of senile decay marked by decline of mental poise and alertness)." Ouch.

Most on Twitter just sat back and applauded the efforts of Dictionary.com.

Picking "complicit" as their Word of the Year is appropriate. It's not just a swipe at Trump, although that's a nice bonus. In their blog post, they wrote that the first time searches for "complicit" rose in 2017, it spiked 10,000%.

Basically, Dictionary.com is killing it.

"Our choice for Word of the Year is as much about what is visible as it is about what is not," they wrote. "[Complicit] is a word that reminds us that even inaction is a type of action. The silent acceptance of wrongdoing is how we've gotten to this point. We must not let this continue to be the norm. If we do, then we are all complicit." *mic drop*