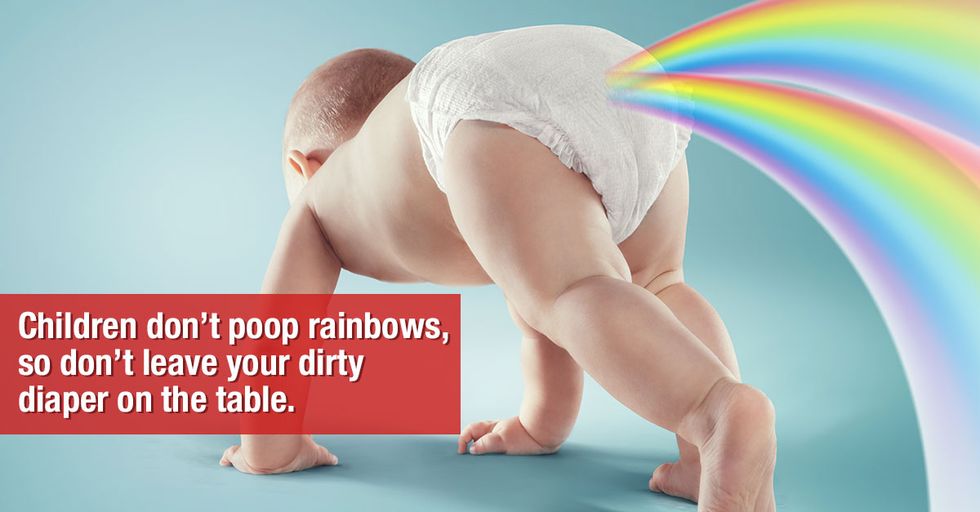 30 of the Absolute WORST Things Restaurant Patrons Can Do

Working in the food industry is one of the most thankless jobs out there. More often than not you're getting below minimum wage and relying on the tips of patrons to actually pay your bills. Add in running around on your feet for hours while dealing with the public, and needless to say, it's not an easy task.

That task is made even more complicated by the fact that people can be idiots, especially when it comes to going out to eat. Apparently manners and common sense don't always apply, as is evidenced by the servers on Reddit who shared the worst things restaurant patrons can do.

Can you not see that I'm a little bit busy here? The wine will flow freely soon enough.

They're people too, you know. Plus, you have a better chance of flagging them down if you actually use their name.

Oh, you didn't like your sandwich? The one that you ate completely gone?

Give It a Shot

This actually happens?!? Servers should not have to deal with biohazard waste.

To be honest, you might just want to completely avoid lemons in your drinks all together.

Look, they get that you want a night out, but also think about the amount of time the server has already been working that night. If you're two hours into after-dinner coffee and the lights start to go out, take a hint.

Menus are like convenient food maps that lead you to deliciousness. By all means take your time, but don't take up the time of your server if you're not quite ready yet. After all, that's quite an important decision.

They have a system. Don't mess with the system.

They're servers, not babysitters. Take those little people to McDonald's and throw them in the McPlay Place.

Yes, everyone has their phone out all the time, but do you think about the accidents that could happen? Just think — if something gets spilled on it, you won't be able to Instagram your meal. (THE HORROR!)

It's great running into someone you know unexpectedly, but waiters shouldn't have to do the Hokey Pokey with an arm full of trays because you feel the need to catch up. That's what it's all about...

So when we combine this with remembering their name, you politely raise your hand and use their name to get their attention. Much more effective than the snap and shout, if you ask me.

This is just a helpful reminder that you're likely not the only table your server is waiting on, meaning that all their attention can't be invested in you. Make sure you're all ready to order and everyone wins.

It sounds kind of harsh, but it's reality. Would you go to work for free or just a buck or two? Exactly.

Go ahead and throw those fries on the floor! Mama isn't going to vacuum them up! Yeah, not so much.

If you ordered it, claim it.

Just because you're getting a meal for free doesn't mean the wait staff is working for free.

Okay, this is just disgusting. If you can't go an hour without chewing and spitting, maybe get that order to go next time. Just...no.

Same goes for gum. At least spit that out in a napkin so they don't have to scrape it off.

In other words, don't start playing the bevereage maracas to get their attention.

While they enjoy the conversation, remember that work comes first. And maybe throw in an extra couple bucks if you're using them as a therapist...

Yes, considering the food is already IN FRONT OF YOU, it is too late to change your mind.

You know that the waiter is going to be coming to the table to take your order, so plan accordingly. You're not the president. I'm sure the call can wait.

In general, you probably shouldn't interrupt anyone with your demands when they're trying to start conversation — server or not.

There's always the chance that it was written down wrong — crap happens — but unless you want a resentful server handling your plate of food, approach it like an adult. You get more flies with honey.

Think about it a minute — would you do that at home? Probably not, but if you do eat with crappy diapers on your table, maybe stay home for your meal.