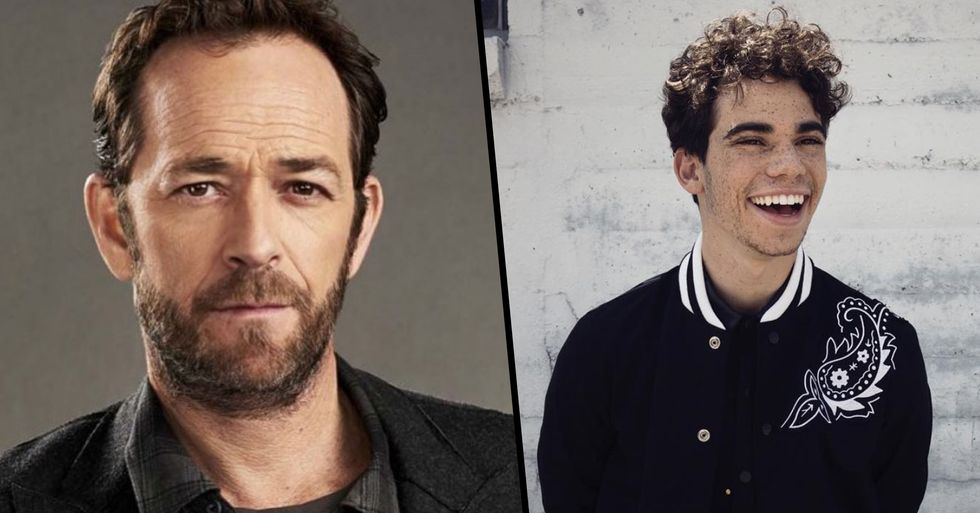 On Sunday, the world finally got to see which stars bagged a coveted Oscar and boy, was it a jam-packed evening.

But it seems there was one element of the ceremony that stirred up controversy amongst viewers - the 'In Memoriam' segment, which visibly left out Luke Perry and Cameron Boyce from the tributes. Now, The Academy has explained why.

Keep scrolling to find out the reason behind the controversial move.

Awards season is in full swing and on Sunday it was turn of the hotly anticipated Oscars.

Especially when it came to the 9 flicks that went head to head in the "Best Picture" category.

But the award ceremony has also been criticized...

Celebrities have used the stage to share experiences, awareness and give speeches that have sent ripples throughout the film industry. However, the Oscars also give tribute to beloved actors and actresses that we've lost throughout the year.

Joaquin wasn't the only one to give a tribute at the Oscars.

There were some people that weren't mentioned...

The 'In Memoriam' section seemed to leave out a pair of pretty incredible individuals.

The ceremony seemed to spark some controversy.

The Oscars forgot to mention Luke Perry and Cameron Boyce in the tributes to talents lost in the past year.

Those that were mentioned were...

Luke Perry died last year at the age of fifty-two after suffering a "massive stroke."

The actor, who was well known to younger audiences for starring in Riverdale, also worked on several high-profile films. His most recent and final role starring alongside Leonardo DiCaprio in Once Upon A Time In Hollywood.

Perry's fans took to social media to express their outrage.

They described the Oscars' decision to not include the actor in their tribute as "Bullsh*t."

These were some of the responses...

One of Perry's fans said: "Luke Perry wasn’t in the In Memorial?? He was literally in one of the most nominated films of the night!! Disrespectful!!’ Another said: ‘How the f*k is Luke Perry not in the In Memorium segment?" Many people agreed. One wrote: "Wait a minute? Let me see if I’m understanding this…the Oscars had a Memoriam and somehow Luke Perry was excluded despite that he’s in one of the nominated films?!"

Cameron Boyce was also absent from the Oscars tributes.

Boyce was famous for his work on Disney’s The Descendants and its sequels.

He also worked alongside Adam Sandler in the Grown Ups films.

Skai Jackson who worked with Boyce on the Disney show, Jessie, expressed her disappointment on Twitter, saying: "Cameron Boyce??? Why did you guys forget about him? It would have been nice if he was acknowledged… Smh."

Following the outrage, The Academy has broken its silence.

And they've revealed the reason why Luke Perry and Cameron Boyce were not featured in the segment.

In a statement published by The Hollywood Reporter, The Academy finally offered an explanation.

Wait a minute? Let me see if I'm understanding this...the Oscars had a memoriam and somehow Luke Perry was excluded… https://t.co/066lqIPAYN
— ericastwilight (@ericastwilight)1581318141.0

And it seems it was down to nothing but time constraints... "The Academy receives hundreds of requests to include loved ones and industry colleagues in the Oscars In Memoriam segment. An executive committee representing every branch considers the list and makes selections for the telecast based on limited available time."

Although they said they pair have still been honored on the website.

"All the submissions are included on Oscar.com and will remain on the site throughout the year. Luke Perry and Cameron Boyce are remembered in the Oscar.com gallery." the statement concluded.

Watch the full In Memoriam clip below:

Want to read more about the Oscars? Keep scrolling to check out Natalie Portman's dress which sported a "secret message."