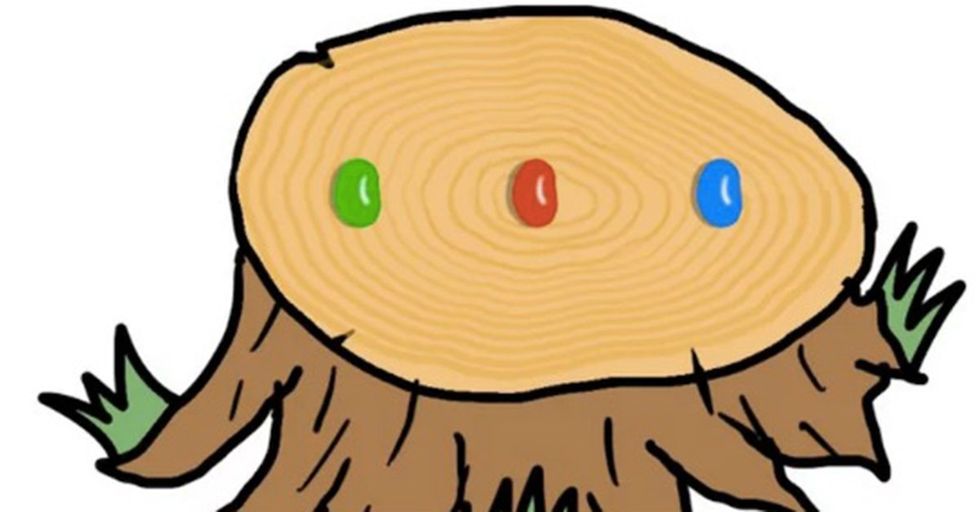 The Answer To This Jelly Bean Riddle Seems Simple, But Everybody Picks the Wrong One

As you can tell from this picture, there isn't much to this riddle, and even if you guess, you've still got a decent chance of getting it right.

But the majority of people end up picking the same, wrong jelly bean. See if you can avoid the trap and see how it unfolds below!

Good luck to ya!

Let's get to the riddle!

Imagine you're trapped in a forest and will only be let go if you eat the "safe" jelly bean from the tree stump.

One is okay to eat, and the other two are poisonous.

Got it? Seems simple enough, right?

The person controlling the game asks you to randomly pick a jelly bean. Let's say you pick the green one.

He says that he'll take away one of the non-green jelly beans and he guarantees that the one he removes is poisonous. HE REMOVES THE BLUE ONE.

You're now supposed to eat a jelly bean, and you can choose between the red and the green. WHICH DO YOU PICK?

You've got only ten seconds!

Do you have an answer?

Well, you should have picked the red one.

Did you pick the green jelly bean?

Most people would figure they've got a 50/50 chance since they know that one jelly bean is poisonous and the other is not, but it's a little trickier than that.

In fact, you should choose the red one because it's HALF as likely to be poisoned as the green one.

The red one is the better choice when the blue one is removed.

Statistics don't lie, but they can be pretty confusing sometimes!