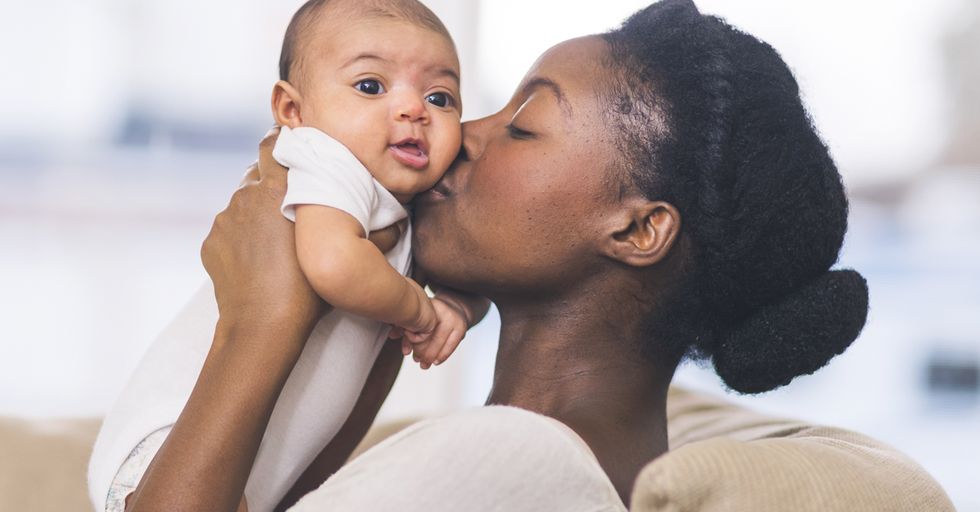 Parenting Tips No One Wants To Hear in 2019

When you become a parent you prepare yourself for things that are important for the baby. But no one prepares you for all of the parenting advice you'll receive and that you didn't really ask for. Some parenting advice can be useful, but from my experience, most of them are either outdated or just off the wall.

It’s unclear why people like to offer what they think are their words of wisdom but everyone seems to think they know exactly how you should raise your child. There is no one size fits all when it comes to parenting and no one really knows what they’re doing. Basically, you have to trust your gut and hope for the best.

But even with knowing this, the unsolicited parenting advice comes at a rapid pace. Let's make it a point to not give or dwell on these parenting tips from now on.

I know a lot of people mean well when they say this but when you’re in the daily trenches of parenting, it’s the last thing in mind. It's especially not when a parent is pushing a cart full of groceries and screaming children.

"Don’t ever let them eat sweets."

A complete ban on sweets is extreme. A better approach would be to teach them to have sweets in moderation. That way parents can save the sweets for themselves. Winning!

"Throw your kid in the pool if you want them to learn how to swim."

Um, NO! I've heard this a few times and not only is this wrong in every aspect, but it’s also dangerous.

"Sleep when the baby sleeps."

This one always gives me the LOLs. Once the baby is asleep what I really want to do is everything I can’t do when the baby is awake. It’s my time to shine and do it all, or at least do what I can as quiet as possible.

"If your toddler bites you, bite them back."

Imagine the simple mind of a toddler who just bit you and then you bite them and tell them not to do what you just did. It's confusing and now they're crying. Re-direction and teaching to be gentle is a better approach. You'll have to endure more bites before they'll learn, but they will get there.

How about the parents decide how much screen time their kid gets? If I need my kids to watch two hours of Paw Patrol in order for me to able to get things done, it’s definitely going to happen. It’s a needed mental break for parents.

First of all, duh. Kids are not pets, I think we are all aware of that. Secondly, the use of a kid leash is actually very helpful for parents of highly active children.

"Your baby gets thirsty you have to give them water."

Nowadays doctors do not recommend babies be given water before they start eating solids. So why are people still giving this advice? Because that’s what they were told back in the day. Nutritional recommendations for babies have changed, so I will be following what our pediatrician recommends.

"You don’t need to put your kid in a car seat if it’s just a short drive."

It’s never a good idea to have anyone in your car without being properly buckled.

This is a hot button topic that results in a lot of unnecessary mom-shaming. As a whole, we should be promoting "fed is best." It doesn't matter whether the baby is having breastmilk, or formula as long as it's thriving.

"If you let your kids stay up late they’ll wake up later."

This is another parenting tip that gives me the LOLs. Kids will sleep in is about five minutes longer than their usual wake up time. Don’t risk dealing with cranky overtired kids because you think they’ll sleep more, they’ll just be off their schedule and even wilder.

"Don’t hold the baby too much, you’ll spoil them."

Babies and kids like to be held for comfort. And there is no way to spoil them when you’re showing them love. If holding my child makes me a bad mom then I don’t want to be right.

I see this debate happen all the time on social media. News flash: What’s best is whatever works for parents and kids.

"Have another baby so your first doesn’t grow up feeling lonely."

How about we mind our business, Karen. Let’s not pressure or guilt people into having children when that’s no one else’s decision to make but theirs. It's pretty rude to comment on anyone's reproductive choices.

Everyone has their preferences but personally, I don’t have the time to decide who should wear what color and why. We’re lucky if we get out the door with clean clothes on.

"I spanked my kids and they turned out fine."

There's a lot of debate about spanking that I prefer not to get into. But no matter your feelings on the matter, can we collectively agree that this is one of those things that you don't suggest to anyone?

"Don't get a c-section, that's not really giving birth."

It's quite baffling that someone, that's not a medical doctor, would suggest what or how is the best way to give birth. Getting the baby out and keeping mom and new baby alive and healthy is my jam personally.

"Your kid won’t be as smart or ready for kindergarten if they don’t go to preschool."

Every child is different and whether they do or don't go to preschool is up to the parents. And guess what, every kid is taught at the same level once they get to kindergarten.

"Boys will be boys."

This one is a big fat nope. Every child, and adult, should be held accountable for bad behavior.

Now that we've moved on and decided that we’re not going to give or listen to bad parenting tips, let's look towards the funny parents of Twitter for tips that are hilarious and actually useful.

Also– if reading through some of those terrible parenting tips brought back bad memories, I do apologize.

It's incredible how quickly they'll emerge.

This gets them every time...

It's funny how they start acting like Gollum for a doll that's missing its head.

The most glorious tip to ever be given.

The new holiday tradition we are going to nail.

This is pretty much the reason I decided to have kids.

Well, someone has to do it and it won't be me.

Hey, at least we got that done, amiright?

Whose idea was this anyway?

And lazy we shall stay.

I bet this could actually work.

And pretend you're unboxing a toy but it's actually a list of chores.

No matter what you do, they will always drop the crayons.

It's true that you may end up eating on the floor.

Ever have that feeling that someone is following you.

If you have a toddler, it's probably them.

There is no book on how to be perfect at parenting.

And as the old saying goes "you're doing amazing, sweetie."