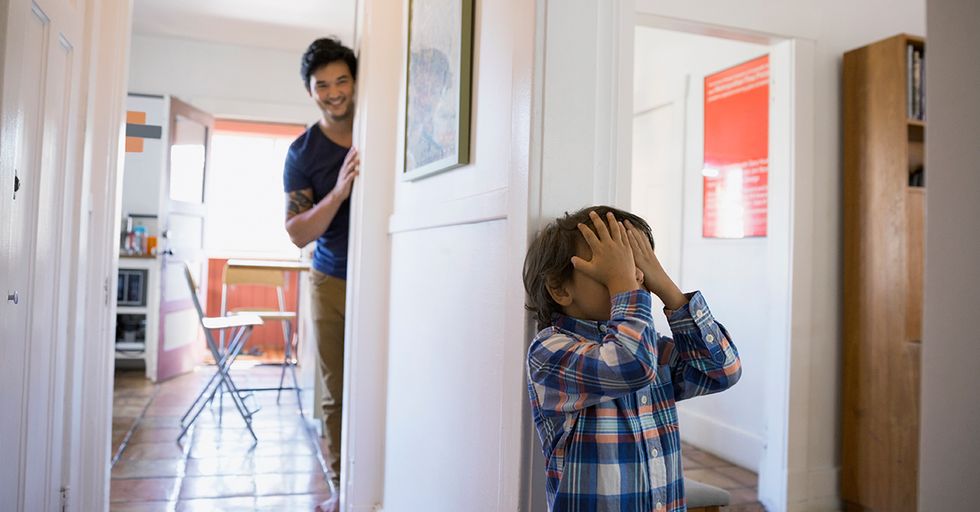 Solidarity to any parent that’s currently dealing with a kid that keeps complaining about how bored they are the minute they wake up during the summer. I am in the same situation and I’m so done. Sending all that I have left in positive vibes.

The worst part, my kids still have weeks left of summer vacation and I am agonizing every bit of it. I’m running on steam and walking around with a carafe of cold coffee because I'm trying to keep up with my kids' constant requests for snacks and fun.

By this point of summer break, we are burned out, so what are we to do? For some of us summer camp is too expensive and with multiple children, it's not at all feasible. What we can do is try to get through the day with as little effort as possible and without the kids complaining that they’re bored or fighting with their sibling. Anything where we can at least keep them entertained, having fun, and where we are spending the least amount of money.

That’s why I’ve put together a list of kids' summer activities that parents who just want to make it through summer unscathed don’t have to be too involved in. It’s the simple things that go a long way and a lot of these are activities we did as kids during the summer. Hopefully, the kids will enjoy them and you can rest your eyes for a few minutes without hearing more complaints. So if your kids still have weeks to go until school starts again and you're running out of ideas to get them to leave you alone, then this list is for you.

Summer break with your kids can make you feel like you have no time to sit.

It can legit feel like it’s one thing after another.

Most summer activities cost a lot of money and the kids end up not enjoying it for one reason or another.

And really, we'd like for kids to do activities that don’t cause either of these situations.

Summer activities are part wanting our kids to continue learning and exploring but also we just want them to leave us a lone for a minute or two.

After all, parents need some mental breaks too.

If you’re looking for summer activities that require little to no effort, then you're going to want to go through this entire list.

These are the things that have been keeping my kids busy, I bet they’ll be great with yours too.

The figuring out what to do with your kids this summer ends here.

You can thank me later.

Nothing better than getting some fast food and letting your kids play in an air-conditioned playground for free. The WiFi is a huge bonus and of course the unlimited refills.

Collect rocks and paint them.

This activity requires very little set up. Rocks and some plates with washable paint will go a long way. The kids will love seeing their painted rocks displayed in the garden.

I like to jot down a few things and then have my kids try to find them while I sit on the couch. It doesn’t even have to be anything spectacular. It could just be an old toy you hid or something as simple as a sock. Just as long as you call it a “treasure hunt" your kids will be all about it and you can sit peacefully for a few minutes while they search for their “treasure".

Mud pies anyone? The most effort you’ll have to do here is pretending to love eating your mud pie. Clean up with a hose is recommended.

Just make them go outside and play. They’ll figure it out. Explore the yard or a new playground.

Run through the sprinklers.

This is old school fun that my kids enjoy too. It's also the perfect time to make sure your garden is getting enough water.

Nothing better than containing your kids mess in one place. An epic fort with snacks in it? Sounds like the kids will be in it all day and leave you in peace.

Have a play date.

My kid is most entertained when she has a friend over to play with. They also seem to supervise each other which means I don’t have to be involved in whatever they’re doing unless they want a snack.

The cheapest entertainment ever. The kids don’t mind that it’s not a new movie either. It’s also an inexpensive way to test if your toddler can handle sitting through a movie at the theater.

This is really a win for parents because while the kids are hiding and you’re counting, you can really just sit down and take a couple of minutes to chill

If they get their toys messy, they should clean the toys. Except don’t tell them it’s cleaning, it’s just fun. But us parents know thats it's really it’s cleaning.

Give them a box.

Plain and Simple. Let their imagination run free with a big empty box. Most times my kids pay more attention to an empty Amazon box than they’re own toys.

Have an egg hunt.

Egg hunts are not strictly for Easter. With enough eggs hidden throughout your house or yard, your kids will be busy trying to find them all. This is one of my favorite games for them where I know for a fact that I will not have to be involved.

Turn your yard into a water park.

Another activity that’s endless hours of fun. Bonus: turn the sprinklers on.

Sounds gross but kids love sensory play. You can find some inexpensive shaving cream, pour in the tub and let the kids have fun.

Put on a Kidz Bop playlist and have a dance party.

Kids love nothing more than jamming to their favorite songs on repeat. Is “Old Town Road" playing for the 40th time? Yes it is. But are the kids having fun and letting you be for a moment? Yes they are.

Get some chores in there. And a little incentive won’t hurt. Here's an idea. Get the kids to help pull some weeds from from garden and every weed they pull that actually has a root, gets a 5 cent pay out.

Visiting family always makes a nice afternoon. Pack some clothes in case the grandparents decide one or all of your kids can spend the night. Score!

Enjoy some of the 80s movies you enjoyed as a kid.

Another one of my favorites because I know they will probably not enjoy watching some of the best 80s movie classics, but I sure will.

Have a backyard camp out.

Way easier than loading up gear to actually camp. It’s “home glamping" so taking small breaks to enjoy some A/C is acceptable.

Get a sand and water table.

The best $40 dollars I’ve ever spent on Amazon was on a water table for my kids. Who knew that a plastic table you can fill with water can entertain kids for hours. Sit back and enjoy a smoothie while the kids play.

Go for a drive around the neighborhood.

Some days, you just want to really sit and not have to think of anything. But, kids. On those days I like to strap them all into their car seats and just hit the road. Not sure where we’re going, we’ll figure it out when we get there.

Charge those tablets up and let them enjoy some games. No judgment here. Some screen time will not hurt them and the peace they will give you for it is great for your mental health.

Let them be bored.

Sometimes just making them figure it out and use their imagination is the way to go. The best part of growing up is imaginative play.

These activities are sure to be boredom busters and memorable for the kids.

Most importantly, easy for any parent to do and also get some me time in between.