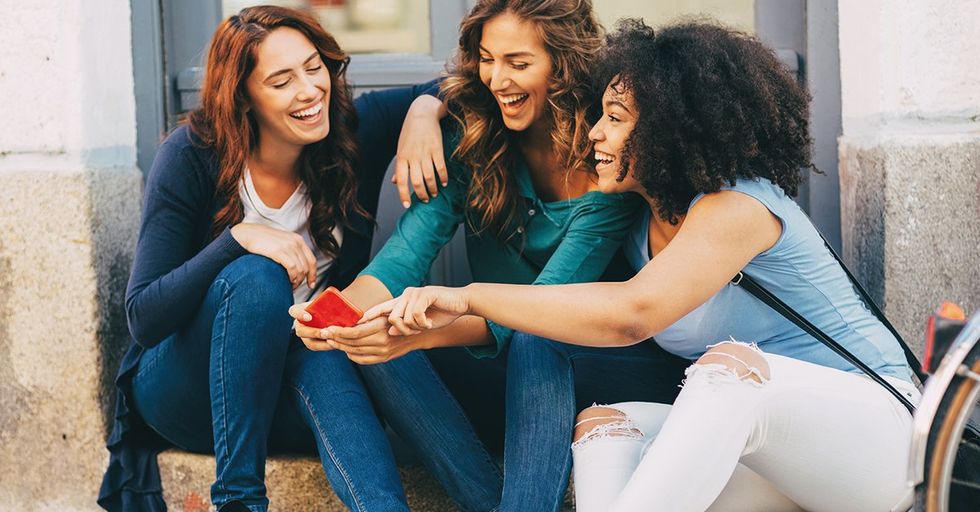 Since the advent of the text prank, there have been a few that have truly made me laugh. This is one of them. One Twitter user suggested that people text their boyfriends, "I want a baby" and screenshot their responses. The results are amazing.

I think it works so well because texting someone that you want a baby is such a casual, cavalier way to inform your life partner of a monumental, life-changing decision. It is almost as absurd to text someone that you want a baby as it is to respond to that text with, "What, like for lunch?" Many of the boyfriends/victims of this text prank handled it hilariously and with grace, and that is all we can really ask of them. I will say that texting someone out of the blue to say you want a baby is an effective litmus test for gauging how your partner feels about the concept of babies.

This evil genius on Twitter started the whole thing with one request:

Clearly, people thought this was hilarious. More than 8,000 people responded with their results. These are the funniest ones.

This guy was so game he was going to go steal a random baby off the street! He's a keeper.

"Like for lunch?" is a funny response that really means, "Hahaha no? What are you, insane?"

To be fair, the phrase "I want a baby" does leave itself open to interpretation. It could mean anything.

I love that he was like, "Sure, sure, you'll get a baby, but have you seen these gorgeous chicken nuggets?" Not sure I'd want to have a baby with this nugget freak.

He knows that watching a television show and having a baby aren't mutually exclusive, right?

This is a big decision. It's only fair that he gets to contemplate his answer over a pizza. I'm all for this.

Hey, at least he knows what he doesn't want, right? I hope no actual relationships were harmed in the execution of this prank!

Call me crazy, but this doesn't seem like the kind of question that warrants one of those autocomplete responses.

Um, OK, this is the cutest thing I've ever read. That's real love right there, people!

It's not the same thing! Dogs are great, but babies are different! You can't just leave the baby at home in a crate for hours. For example.

To be fair, these look like young'uns. So I can't really fault his response. Here's to doing things on a timeline that's comfortable for you!

OK, but where did he get that illustration of a woman shooting a baby like a basketball? That's insane.

It seems to me like this is a frequent topic of conversation for this couple. Maybe they should like, actually sit down and talk about this.

While this is true, this shouldn't be the only factor that you consider when deciding whether or not you want a child.

Ooh, I love a polite boy! This guy knows his place. I like that.

This is possibly the most romantic time someone has ever said they'd "knock you tf up." It's like, so cute!

This is an indicator that he really loves you. But really, he should actually want a kid too.

Hm. This is perhaps not the response she was looking for, judging by her sad face emoticon. Woof.

MARRY HIM. That's all I have to say about that one.

This is perhaps cute but it's also perhaps indicative of this couple's unhealthy level of fandom. I haven't decided.

Out of your mind

Hey, if you're going to outright reject your partner's request for a child, why not do it with a hilarious meme? That should be fine.

At first, I was like, Does this couple only communicate in single words? But then the last line happened, and I died of laughing too much.

Oh, come on with that line. He had to know about the prank by the time she texted him, right? This is too smooth.

Joke's on him, you can't do that with texts! Something tells me they are going to have a very long talk the next time they see each other.

If you give babies a 3/10 rating, I want to know all your reasoning. Why the three?

Fine, whatever, he responded. Let's talk about how this girl has 174 text notifications. Who is she, the pope? (The pope texts a lot, duh.)

This is quite the excuse. Also, not a good one. Gay people can very easily have babies of their own.

The number of dudes who suggested stealing babies is really concerning. I'm sure they were joking, but like, dude, no.

Ahead of the game

This dude preempted the strike. Interesting... Share this with someone to make them laugh!