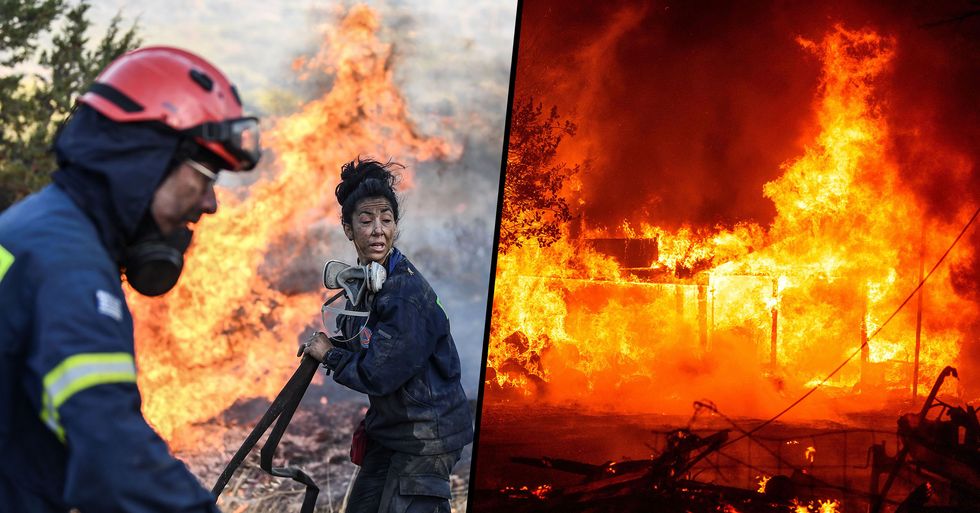 Thousands of people have lost their homes due to the fires ravaging the West Coast, and although many of us feel helpless watching events unfold, there are things we can do to help those affected...

And as casualties continue to rise, there's one thing on everyone's mind...

What can we do to help those affected by the fires?

While most of us feel helpless in this situation, there are a few things we can all do to help the victims of the fires...

We all want to help as much as we can, but the Cal Fire San Mateo-Santa Cruz unit encouraged those who want to donate to be aware of scams asking people to give money to fake sites.

Here's a list of some of the best organizations you can donate to right now...

There is an official fundraiser that’s just $6,000 shy of its goal, where all money raised will go to helping support wildfire victims.

The American Red Cross is providing housing, meals, and supplies for those who need it...

You can text “REDCROSS" to 90999 to make a $10 donation or donate using its online form and write “California Wildfires" if you want your money to be used specifically on California.

The Salvation Army has set up a donation page which supports first responders as well as victims...

If you want to donate to Solano, your money will go towards grants to people who have lost their homes to the fires...

This is a local organization that has a Wildfire Relief and Recovery Fund which also helps animals.

United Way of North California is cash grants for those that have lost their homes...

It’s also partnering with other nonprofit organizations. To donate your time or money, click here for more info.

All donations to Community Foundation Santa Cruz County will be used for grant making.

You can also find more information about donating supplies and volunteering here.

We can only hope that the residents effected will get the relief they so deserve soon.

For more on the gender reveal party that triggered one of the largest blazes, keep scrolling...