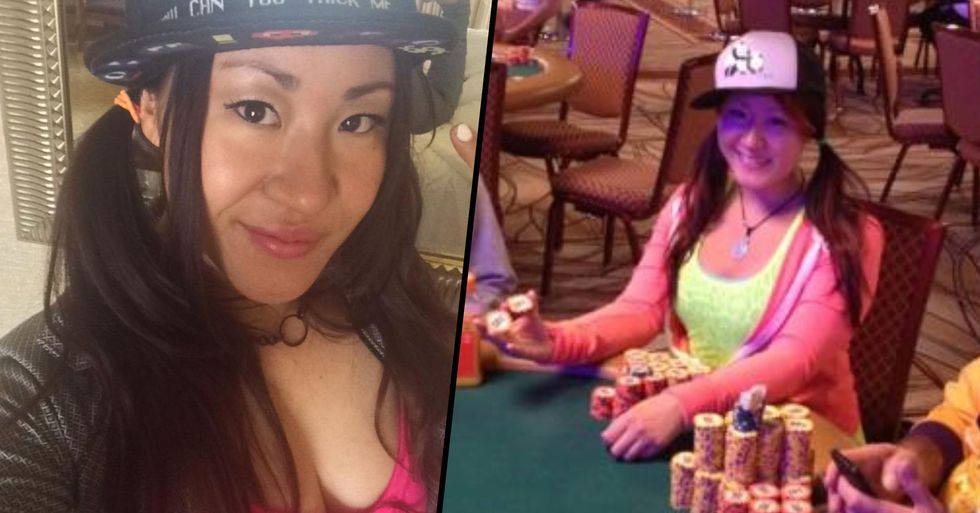 The body of professional poker player, Susie 'Q' Zhao has been found charred in a park in Michigan. The terrible news comes after she recently moved back to the city.

Now, police have outlined the possible motives behind it and they are much more sinister than we imagined...

However, Zhao's career was cut short after her body was discovered in a park in Michigan.

Born in 1987, the thirty-three-year-old grew up in the States.

After living in Los Angeles for 10 years, last month, she decided she was going to move back to her hometown of Waterford Township in Michigan to be with her mother.

But just over a month after her relocation, she was found dead.

Her body was identified via her tattoos and her fingerprints.

Casino.org later reported that her body was in such a bad condition that she could not be properly identified without some forensic aid.

And upon hearing the news, friends and fans alike have expressed their love for the late poker player.

The news had come so unexpectedly, that many were left shocked especially after hearing the alleged conditions that Zhao died in.

It was such tragic news...

And that was conveyed in this message posted by Drea Renee on Twitter.

Just saw this and wanted to share for other NU friends who might have known her. Absolutely gutted. One of the most… https://t.co/TzttXAVrvq
— Michael Salomon (@Michael Salomon)1595640165.0

No one can believe the news.

Others talked about her positive qualities...

She was known for her bright and vibrant personality. It's so sad that her life was ended so abruptly.

Prayers flooded in for the late poker player.

How can people be so cruel?

Horrifying seems to be an understatement.

She outshined many people with her talent.

What an incredible woman.

This has not been a good start to the week...

As well as Zhao, others have also been hitting the headlines.

But there's just something completely callous about her death...

Apart from being burned alive, police have also detailed some possible motives behind the horrendous attack.

And they are harrowing, to say the least.

The police recently announced that they would be treating Zhao's death as a homicide as there could be possible links to her career that led to the "burning" taking place.

Throughout her short-lived career, she had already made approximately $224,671.

According to a poker database, she had made a substantial amount in the industry, with her highest win taking place during the 43rd World Series of Poker in Las Vegas back in 2012.

Now that's what you call a pro.

So it's no wonder why police have ruled this to be a homicide.

In a press conference, it was revealed that the authorities would not be "ruling out a connection to her career as a motive."

To her friends, she will always be a bright and bubbly soul.

A friend, called Michelle Lagrou, told the people at the police press conference that "everybody loved her" and "nobody ever remembers her fighting with anybody ever, no conflict, no drama."

The last person to see her was her mother.

This news has been very upsetting for a lot of people.

RIP Susie "Q" Zhao. We hope her family and friends are able to find peace with the situation. Justice will be served. This year has been a terrible year for us all. Keep scrolling to see other icons we have lost...