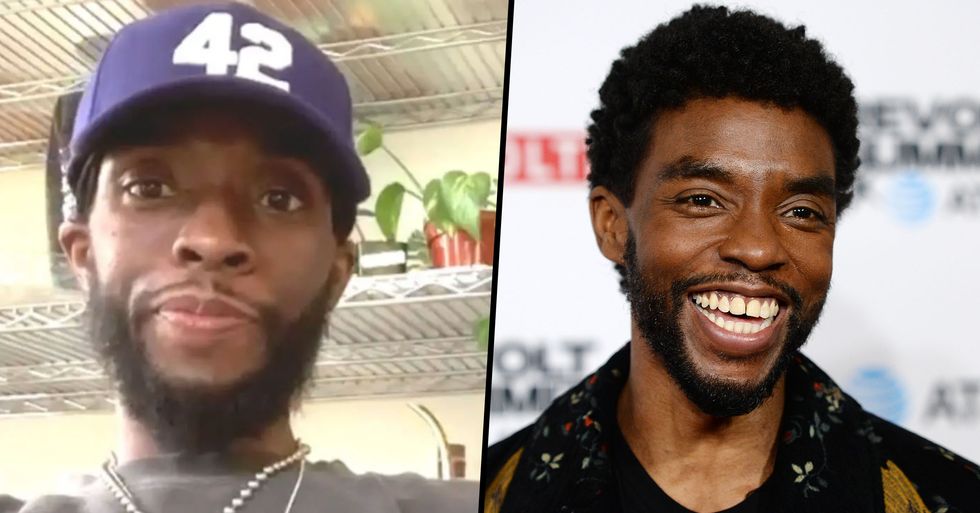 Before he passed away, Chadwick Boseman's social media was filled with body-shaming comments - and it serves as an important reminder for how we talk to people online.

Some of the comments the actor received were utterly disgusting...

Even though Boseman seemed pretty happy and excitable on his socials, fans pointed out that he didn't look well...

Before the heartwrenching announcement was made...

It’s not lost on me the way the internet bullied Chadwick Boseman the last two years about his appearance, him look… https://t.co/ANkvHPdyRk
— Key. (@Key.)1598667901.0

Several of the comments on Boseman's social media were regarding his weight loss.

Fans and the media offered their opinions, speculating about the cause of his weight change.

Though some fans reacted with concern, others mocked and body-shamed the actor.

In fact, some implied that he must have been using drugs.

Of course, not all of the comments were trying to be hurtful - with some people mistakenly assuming his weight change to be a personal choice or lifestyle change.

But there's no denying some of the comments were all-out body shaming.

Chadwick Boseman was relentlessly castigated over his drastic weight loss to the point where he had to delete pictu… https://t.co/yWbXuEbw6p
— Jordan Sumbu (@Jordan Sumbu)1598669059.0

Kelly Coffey, a certified personal trainer, and health coach, told Insider that the body-shaming directed at Boseman summed up how we talk about people's bodies on social media. "The fact that Boseman had been criticized for his weight loss speaks to how superficially most people view others when their sole basis for judgment is the images they see online," Coffey explained.

RIP Chadwick Boseman. I remember when he was trending for his drastic weight loss. Some people expressed genuine co… https://t.co/WR5O1GSm4s
— TheNiceCast (@TheNiceCast)1598668532.0

"It's up to us to remember that what we see doesn't represent anything close to the whole story. It's on us to practice being respectful of and compassionate toward all people and all bodies, always."

And serves as a reminder that the best way to approach commenting on someone's body who you don't know is to simply mind your business.

Many experts say it's a complete myth that weight gain or loss is automatically an accurate marker for internal health.

And that this depends entirely on context, including a person's overall health and life circumstances.

The reality is: healthy bodies come in a variety of shapes and sizes.

By the same token, we never know what is going on behind closed doors, as has been proven with Boseman's private cancer battle. So, before you comment on someone's body - stop and think.

If you want to see more about other stars we've lost this year, then keep scrolling...