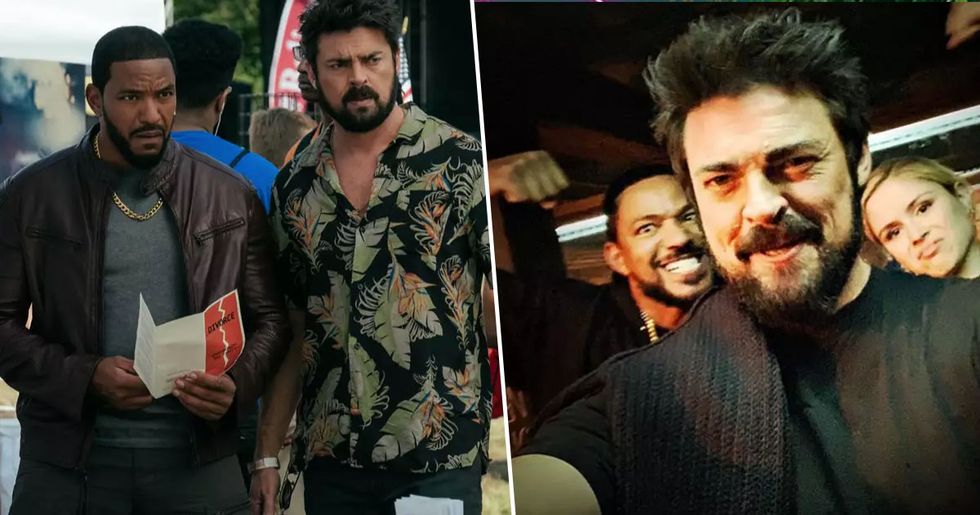 'The Boys' Season 2 has Wrapped, Release Confirmed for 2020

The world of superhero television is insanely popular right now. After all, we live in a time where the box office is dominated by the likes of Marvel and DC comics.

But there's one superhero-themed spectacle that's stood out from the crowd. The Boys is one of Amazon Prime's most popular series. So much so, that the superhero show was picked up for a second season before the first had even made its small screen debut. One of the main hooks of the show is the fact that superheroes are treated like celebs - scandals, fans, dirty secrets and all - drawing in a significant fanbase and critical success.

Ladbible has reported that filming for The Boys season 2 has officially wrapped up and will be heading our way in 2020. Keep scrolling to find out everything we know about the eagerly awaited second season.

Amazon Prime took a huge gamble with its superhero series, The Boys.

Before the first season had even aired back in July, the streaming service renewed it for a second installment. It was a risky move, to say the least, but Amazon seemed confident the show would be a hit with viewers.

And let's be honest, the world of superhero television is a heavily saturated one.

With the likes of Marvel dominating the global box office, there seems to be little room for anything else to top the ranks.

But it looks like Amazon's efforts have hugely paid off...

The Boys has become one of the most popular series on the streaming service and has drawn in huge critical and fan praise.

Based on the comic series of the same name, The Boys arrived in late July.

The show centers on the Boys as they head out on a heroic quest to expose the truth about the Seven and Vought, the multibillion-dollar conglomerate that manages the superheroes.

It's unique in the sense that the superheroes are treated like celebs...

Which of course, quickly leads to huge abuses of power and many, many scandals.

Many of the superheroes have gone rogue...

While in their superhero persona, they are heavily marketed and monetized - behind the scenes, many of the superheroes are arrogant and corrupt.

But it looks like the boys will be back in town very soon...

According to Ladbible. filming for season 2, which kicked off this summer in Toronto, has officially wrapped up. Keep scrolling to see what we know so far.

Most of the flagship cast will be returning for the second stint.

Fan favorites including Karl Urban (Billy Butcher), Jack Quaid (Hughie), Erin Moriarty (Starlight), and Chace Crawford (The Deep) are all set to reprise their roles for season 2. Some of the major characters that died could also reportedly be returning in flashbacks.

A sneak peek of the upcoming season gives hints that there's plenty in store for Billy.

It looks like he's got a lot of butchering ahead of him!

In terms of new additions to the Boy's universe, Aya Cash, is the only cast member to be announced so far.

The Wolf of Wall Street actress is set to play a female-version of super-powered neo-Nazi, Stormfront. In the comics, the supremacist's views place him in direct conflict with The Boys so we'll expect to see the story taking on a similar direction in the series.

Let's talk about the upcoming plot...

After that explosive finale, we're intrigued to see what's in store.

All season long, Butcher sought revenge against Homelander, believing he had raped his wife and driven her to the point of suicide. But, in the final scene, it was revealed that Becca was actually alive and raising the hero's son in secret.

So, we anticipate that the aftershocks of this will play a huge part in the upcoming season.

We can also undoubtedly expect to see more of the Seven's ongoing involvement with the military.

But whatever storylines they bring, producers will be sure to keep The Boys as relevant and current as possible.

"It's about social media, it's about where celebrity and politics intersect, it's about how people are now packaging their political messages in slick entertainment bites to get the American public to act against their own best interests, and how it's almost now indistinguishable between the people who have political power and the people who have celebrity power. It's frighteningly prescient," showrunner, Eric Kripke explained to The Hollywood Reporter. "I think that Garth, in a weird way, predicted the reality that we're living, which is just an overwhelming tsunami of pop culture, social media and entertainment that's being run by very, very powerful people who are only interested in furthering their own agenda," he continued.

However, if this post shared by Karl Urban on social media is anything to go by, we do know that season 2 will arrive mid-2020.

But, we're sure we'll find out a specific date soon given that filming has wrapped up.

If you're looking for something to binge-watch in the meantime, keep scrolling to see everything coming to Netflix this month.