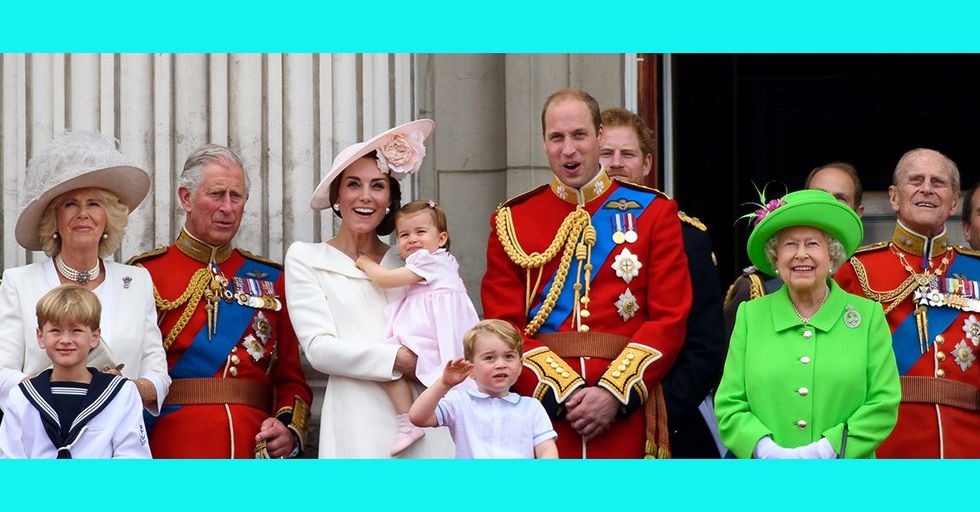 It’s been a banner year for the Royal Family. A few weeks ago, Harry got engaged to the beautiful and talented actress Meghan Markle over a roast chicken. Kate Middleton announced that she is pregnant with their third child, and maybe slightly less publicized but still very important: the Queen adopted a new Corgi named Whisper.

And here at last — the Duke and Duchess of Cambridge have released their Christmas card!

You can’t deny that we are all kind of obsessed with the Royal Family.

So, of course we are very excited that the Royal Family debuted their Christmas card this week.

AND WHO SAYS YOU CAN’T WEAR SOCKS WITH SHORTS?

Not George, who is really pulling that look off.

Oh. And we see you too, Charlotte.

Blue shoes, a blue dress, and a blue hair bow? Some wouldn’t dare try the monochromatic look, but not you, Charlotte. That's because you don’t follow the rules of fashion — they follow you. You are your own accent color.

Do they make smocked dresses in adult sizes, or...?

...Because Princess Charlotte is always killing the floral smocked dress and Mary-Janes-with-socks look. Do we sense a trend? No? Adults can’t wear toddler clothes? Never mind.

Does the color scheme hint at something else?

All blue, huh? This is some kind of subtle gender reveal? Does this mean the newest addition to the family is a boy?!

While admittedly it’s a pretty great Christmas card, it should be noted that it doesn’t have a mini-horse in it.

The same cannot be said of this Royal Family Christmas card from 1985.

So far, no Christmas card from Harry and Meghan.

But come on. They just got engaged, and they’re busy deciding if they are calla lily or gardenia people.

And the Royal Family of Monaco!

We can’t wait for next year's card when there will be three little ones!

Congrats to William and Kate on their third child, due in September 2018!