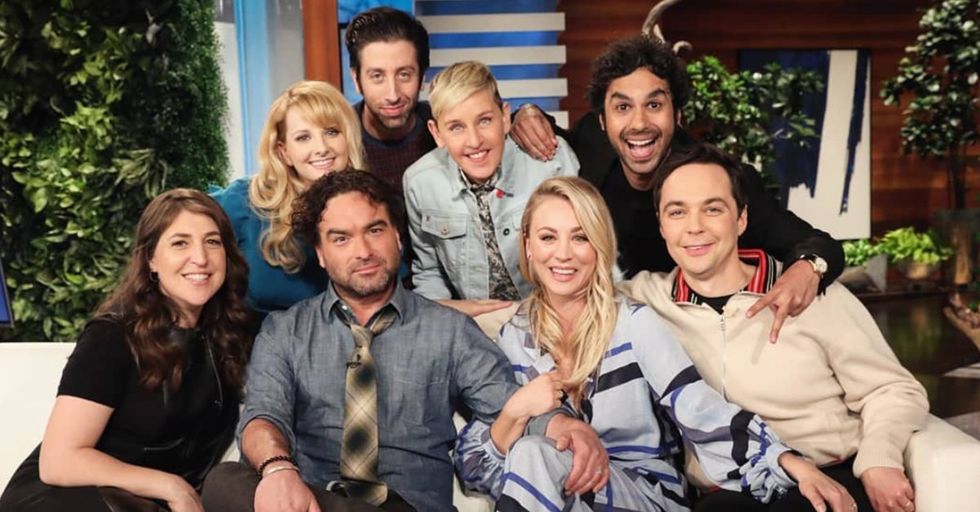 The Cast of 'Big Bang Theory' is Unrecognizable in Real Life

But the show's intense popularity also makes fans wonder about its stars. Are they anything like their insanely smart characters? Do they act the same? Or, do they look the same? Well, here's your answer to that question. So keep reading to see just how crazy different the cast and its supporting members look in real life!

'The Big Bang Theory' is finishing up season 12.

Which will also be its last. And over the years, the show's cast has revealed a lot about how they, and their characters, have grown.

Leonard has been in the core cast since the very beginning. He's definitely the least socially-challenged of his friends--though he still has his moments!

Again, he's at least the more experienced out of his friend group. And he's the long-suffering roommate of Sheldon, although he's really quite patient of all the shenanigans.

Leonard has changed a lot over the years.

He was smitten with Penny, the girl next door, almost immediately. They had a tumultuous relationship but finally tied the knot in season 9.

He'd been a working actor before The Big Bang Theory, but that's where his career really took off.

The character of Leonard has won him acclaim.

Galecki has won numerous awards over his tenure on the show, including an Emmy for the leading role in a comedy television series.

Next up, Sheldon (and Jim Parsons).

Sheldon has been a fan favorite pretty much since the show began airing. He's such an atypical character, with his Spock-like understanding of humor, empathy, and human interaction that fans can't help but be entertained.

But even Sheldon can find love.

Since season 5, he's been in a relationship with Amy--whose extremely dry and literal view of the world rivals Sheldon's own.

And he's always good for a laugh.

And a catchphrase. I'm pretty sure people who don't even watch the show are aware of the term "Bazinga" on some level!

Another actor who really launched his career off of Big Bang Theory, Jim Parsons is one of the highest-paid comedy actors in the industry right now.

Amy Farrah Fowler drops in right at the end of season 3.

Sheldon's buddies Howard and Raj decide to find his perfect match via online dating. And who should the website's algorithm show them? Amy.

And she really is the perfect match.

She shares Sheldon's outlook on nearly everything, and she's a brilliant neurobiologist.

Then again, so is Mayim Bialik.

Bialik plays the role of Amy, and though she's been acting for a long time (since the age of 12), she's also a neuroscientist IRL.

And she looks completely different outside of the show.

She and Amy may share degrees (Amy's is a nod from the writers to Mayim's actual specialization), but they've got very different styles!

Howard Wolowitz has had quite the journey.

From under his mother's thumb to outer space over the course of the show, Howard doesn't think small.

Howard got married to his paramour Bernadette in season 5, and the couple now has a daughter named Hallie.

Hence, his space travel. However, Howard's real challenge has been moving away from his mother, who never stopped treating him like her baby boy.

Simon Helberg has changed, too.

First off, he doesn't make a habit of hanging on to Howard's bowl cut when he isn't filming.

Helberg has joined other film and television projects, including the movie Florence Foster Jenkins. He's also married and has two kids with actress Jocelyn Towne.

Did you know that Helberg is actually a black belt in karate? Howard may have been to space, but his real-life counterpart has some cool stuff, too.

And Raj is Howard's best friend.

Another of the core cast, astrophysicist Rajesh Koothrappali is often with Howard--hanging out at Leonard and Sheldon's place.

Raj also has some anxieties.

At the beginning of the show, Raj was so anxious he couldn't even speak to women (sober, that is)! He's gotten over that fear as the show progressed though.

The actor who plays him, Kunal Nayyar, is a little different!

Kunal is now 37 and doing quite well for himself; his foundation with TBBT has brought him other film and TV roles in the years since.

Also, he probably doesn't need alcohol to talk to his wife.

Nayyar's wife, the Indian model Neha Kapur, and he got married in 2011.

Penny first introduced Bernadette to Howard, during season 3 of the show. As it turns out, they have overbearing mothers in common, and quickly hit it off.

And here's Melissa Rauch on a non-acting day!

Rauch joined the rest of the main cast for the final season of TBBT, but she's had other small roles before Bernadette. Did you know she'd been on The Office and Trueblood?

She's written as the "female Leonard" and she had a relationship with Howard at one point, but no matter what, Leslie is in a feud with her scientific rival Sheldon.

I doubt actress Sara Gilbert shares that feud, though.

Gilbert in real life is happily married to her wife Linda Perry and became famous for her role on Roseanne as Darlene Conner before TBBT came around.

Penny started out as the pretty blonde neighbor, but her character has developed a lot since then! She and Leonard also eventually married in Vegas.

Kaley Cuoco has been in TBBT since the beginning.

And at only 33, she's done a lot in her time as a popular actress. Her sizeable Big Bang salary even enabled her to start her own production company! Share this story with other mega-fans of The Big Bang Theory!