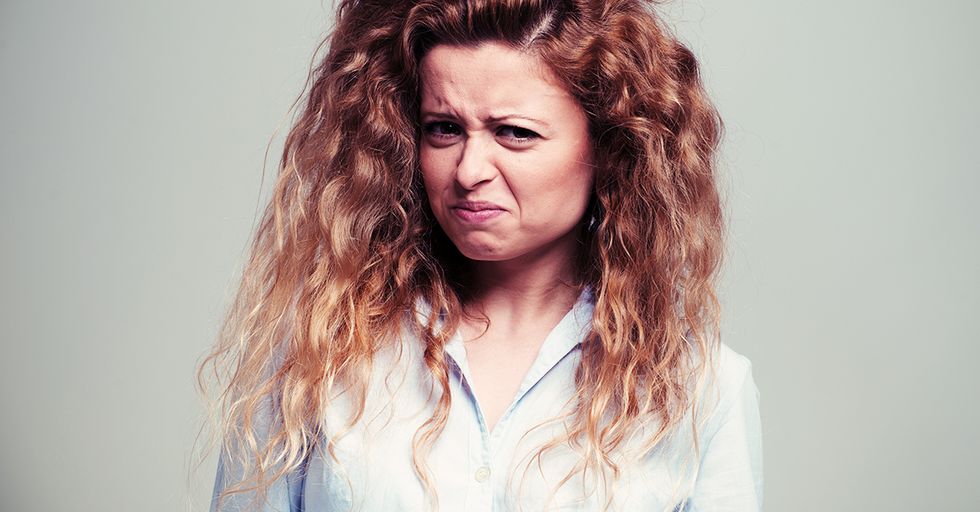 Social media could certainly be considered one of the greatest inventions of the modern era.

It's a great way to keep in touch with your friends and family from all over the world, discover artists, share your point of view, or just keep a record of where you've been and what you've been up to.

But it certainly has its downsides.

A lot of people choose to use social media in ways it probably shouldn't be used. Admit it. You probably have a few Facebook friends who you only follow because they tend to post the most cringeworthy stuff. Well, a recent AskReddit thread asked people to share the cringiest things they've seen on social media. And wouldn't you know it? There was a lot to choose from.

Made a fake Instagram account of themselves, screenshotted it warning people to be aware that this account is a fake. The punch being she screenshotted the page whilst she was logged into it, and the top of the page had a big ‘edit profile’ button. –North0151

A girl from my college posted a 20-minute-long video (freshman year of college) saying how it is OK that she has never been kissed. Just went on and on about how it is not a big deal even though she made it up to be a big deal. –batmangetsblimps

FormSpring/ Spring.Me For those who haven’t heard of this, it was a website where you would create a profile and be asked questions by other people (either publicly or anonymously), and once a question was asked it couldn’t be deleted. It was basically a website to roast other people, but I digress. One girl, let’s call her Beth, sent out this anonymous question to everyone at our school: “what do you think of Beth, I heard she’s very pretty and nice?" ... Turns out she didn’t tick the anonymous button and her name was attached to the question, which was sent to the whole school. Yeah, awkward. –WineAndEquines

Guy bragged about punching his dad in the face for not letting him have a TV in his room. He was 26. –DoctorHandsome Don't worry. The cringe doesn't stop there...

So much for altruism.

A year or so ago my husband were going to eat at a restaurant and this hipster type guy and a homeless man came walking up to us. The hipster asked us to hold the camera because he wanted to film himself giving a sandwich to the homeless man for his Youtube channel. The homeless man looked super uncomfortablele and sad, and the hipster guy was all pumped and kept asking him personal questions like his name and why he was homeless. –HeathenArmy

I'm sad. Do you want proof?

They took a photo of themselves crying over a sad news story. It had nothing to do with them or anyone they knew. –betacuckb*tch

Shouting into the void.

My half-sister will post some passive aggressive facebook post (that will get deleted 5-8 hours after posting) about someone, obviously talking about them and trying to act all tough on Facebook hiding behind her screen. Then she'll wait an hour and if it doesn't get enough attention, she'll repost it to Instagram, Snapchat, Twitter, whatever she has and put, "Louder for the people in the back". So infuriating and stupid. –AnxiousReader

Post military memes even though he was kicked out of basic training... –meesersloth This next one is all kinds of awful...

It's for a good cause!

Beg for money to send their family to California to see a dying relative. Then post pictures of a receipt spending $100 at the weed store. –virgosdoitbetter

It's not just a phase!

Girl I knew growing up. She was maybe five or six years younger than me. She was always nice and kinda quiet, and to be honest, I knew her brother significantly better than I knew her. When she hit adolescence, probably like 12-13, she went through the ugliest teenage angst-ageddon I've ever seen. She very publicly went through an emo phase and plastered everything on social media. She dyed her hair all sorts of colors, cut up her clothes, and wrote way too long and super edgy diatribes about "posers" at her school. She liked to use the word "metamorphosis" a lot. On Facebook alone the volume was just staggering, we're talking like five to six posts a day for the better part of three years. –ConneryFTW

A guy I went to high school with traveled for work and was gone a while. One night, I guess he got a notification from his security cam, he saw a "guy" come to the house to see his wife. I guess he couldn't get her on the phone so he started posting sh*t on her wall, along with a clip of the cam footage. I honestly couldn't see sh*t. He basically blew up his marriage. Everyone thought he was crazy. Well, 5 months later turns out she was really cheating on him, but damn the whole thing played out on Facebook. –JuneBuggington

Fake drunk-posting Facebook statuses and then being called out by the friends who he had tagged that, each explaining that they were all completely sober. –PM_ME_UR_NAUGHTINESS

One of the people I used to be friends with is living the ultimate Pinterest life on her FB and Instagram. She had every cliche Pinterest idea for her engagement photos, at her wedding, when her pregnancy was announced, for a gender announcement, for her baby's birth, for her baby's half birthday, for her dog's birthday, for her 1-year anniversary, for her new home... You get the idea. Everything from cliche chalkboards to dogs holding signs saying "my mommy and daddy are giving me a sibling!" to "Take a seat not a side." Every post she makes seems meticulously planned around looking perfect and getting likes. –my_Favorite_post This next one involves some impressive Photoshop work. And by "impressive" I mean "not at all impressive"...

My cousin shared a post of a nerdy kid embracing a model. The model was a badly done Photoshop insert. –CrotchWolf

I've lost count of how many of these scams I've seen.

I have had an MLM "coach" post multiple pictures of 100 dollar bills saying that he can make us rich. A friend of mine almost bought into it. Thankfully, he did his research. Then the MLM coach outed him on Facebook saying "I hope you enjoy being poor." –SgtBigPigeon

Some people never grow up.

I'm friends with my friend's aunt. She's pushing 50 and has been married to her husband since they were in their 20's. He doesn't have Facebook, and she's always posting about the "horrible" things he does (like cooking something for dinner she doesn't like, or not cleaning something to her satisfaction) and how hot random celebrities, coworkers, and customers are. I wonder why she doesn't just leave him already, but then I remember he has a really high-paying job that allows her to stay part-time but still own a huge house. Seriously though, her posts remind me of a high school kid's. She's the worst. I hope one day he gets a Facebook and sees everything. –fwooby_pwow

You don't have to announce it. Just leave.

"I'm gonna be deleting Facebook for a while, so just text me if you want to talk!" Literally the next day as a FB post: "I'm baaaaaack!" –L3ftenant

Ooh. This one stings.

My friend's wife is one of those people who got hooked on motivational speaking stuff. After seeing the motivational stuff, she decides to become a motivational speaker and invents her own 10 steps to success and riches. Which is kinda sad since she was very far from successful herself. Now all of her posts are about her book that everyone should download and the next seminar she is going to speak at. Cringe level 1000. –Sweetdish