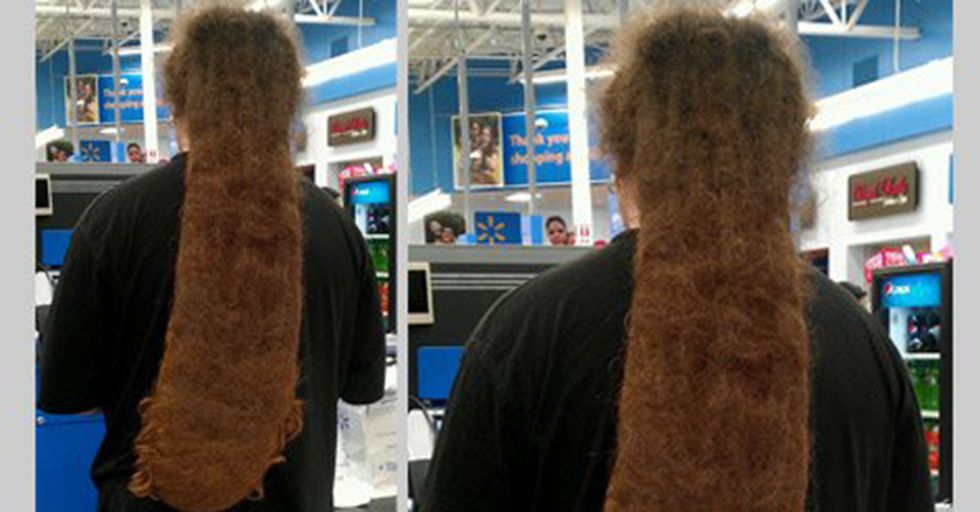 The Dangerous Result of Not Washing Your Hair for Years Has a Cute Name, but Serious Health Risks

What started as a powerful personal statement among Rastafarians have become pretty mainstream these days.

Sure, they take a little bit of dirty work to achieve the end result, but they're rarely an indicator of an unhygienic lifestyle.

They might be considered "countercultural" to some, but they've been around far longer than most other hairstyles you see.

Which is ironic, considering how "radical" some people think they are. They're steeped in history and cultures. Just not the ones we were taught in history class.

Nonetheless, they're seen as somehow being a hairstyle for people who aren't "maintstream," whatever that means.

To learn exactly how much history this hairstyle has seen, check out this video.

You'll be impressed by the history and context surrounding this hairstyle. Will it make you want to get some dreadlocks of your own? Probably not. Unless you wanted them before.

However you feel about dreadlocks, you'll probably want to know about a wild(er) new hairstyle that's intriguing people all over the world.

It's also totally grossing them out, too. One look at this dreadlock-influenced 'do and you'll definitely have some strong feelings RIGHT off the bat. Check out the "beaver tail" on the next page.

You don't have to be particularly edgy to be familiar with dreadlocks as a hairstyle.

However, some people are going way past "fashionable" with a different kind of statement they're making by not only refusing to cut their hair but manage or treat it in any way. The result is very, uh, unique, and it's got a name that's too cute to really contain the mess contained therein.

Well, it's called a "beaver tail," and after seeing a few of these pics, it's pretty easy to see how the name came about. Quite simply, the long, broad, matted mess looks like the furry dam builders' flattened tails.

But while the original beaver tails serve a purpose...

...these don't. In fact, they really aren't even symbolic of any belief system or particular cultural statement. They're just...sorta there. It's not necessarily a sign that someone's TRYING to be unhygienic or dirty, but it's the message they're sending, whether they want to or not.

Fortunately, if you see someone who specializes in dreadlocks, the texture and length can be maintained...

...in a fashionable and cleaner way. The problem with the beaver tail hairstyle, aesthetics aside, is that it's essentially one giant clump. While dreads can be matted and long as well, their separation allows for air to flow, permitting natural clearing of dandruff, circulation of air to the scalp, and the passage of important oils protecting your skin.

When your hair is just one big clump...

...all those things mentioned above can cause irritation at best and serious skin conditions at worst. Beyond that, there are other issues associated with beaver tails that are less intuitive.

...it's not hard to see what's wrong with this picture. that hair is literally dragging on the ground all day. Hair like this tends to accumulate dirt, which leads to two HUGE issues.

First off, and perhaps more obvious...

...is the smell. No circulation means festering, retained dirt and dead skin, sweat, and even (yup) dead insects and animals, some of whom may really, actually lay nests in there. No one wants to be close to that, and the smell will serve as a warning.

The other, as you might see in this pic...

...is the sheer mass and weight of such a large accumulation of hair and debris. Hair left unwashed for a year or longer can way as much as five(!) times as much as regularly washed hair of the same length. This weighty burden on your scalp can lead to scalp irritation and even hair loss.

The point of this isn't to get into judging the aesthetics of a hairstyle, but rather...

...to discuss and raise awareness of the health issues that could arise from this countercultural statement that seems to be growing (albeit slowly) in popularity. So don't let the cute name fool you. A beaver tail hairstyle, worn for whatever reason, can have some serious repercussions for the people who choose to wear it.

If indigent circumstances are keeping someone from getting their hair maintained or cut...

...there are no nationwide organizations, but kind souls are willing to lend their talents to people in most cities, so a quick Google search on someone's behalf could help manage this strange but overlooked issue.