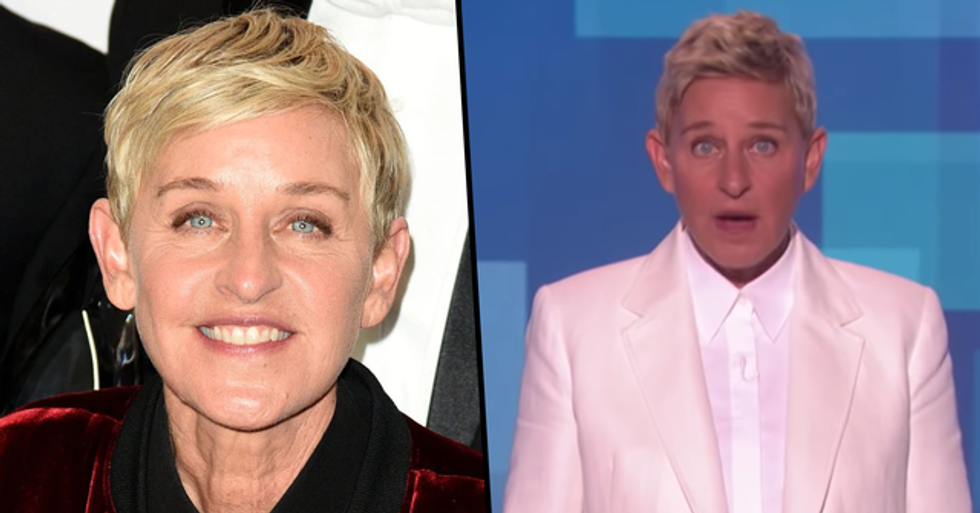 Amid the current investigation into The Ellen Show, talks are reportedly happening about who could be replacing the famous host if she were to step down, and no other than James Corden was name-dropped as a potential replacement.

And it seems the first steps to remove Ellen have been put into place...

The future of Ellen is hanging in the balance.

With all that's gone on, will she ever make a comeback?

Many have called for the star to be replaced.

The infamous host of The Ellen Show has been batting off accusation after accusation over the past few months.

Whether she stays or not, it seems as though the show will never be the same.

She has been confirmed as the host of the next season.

But that doesn't mean back to normal for The Ellen Show.

As this breaking story proves.

As the show has been canceled on Australian TV today.

Even though Ellen has confirmed she'll be back for season 18 ...

As NBC has just confirmed that Ellen will be returning to film season 18 of her show.

But it won't be shown everywhere.

Australian network Channel 9 has confirmed they won't be airing the show.

Instead, viewers can tune in to this...

"We are resting Ellen repeats on Nine and have replaced with Desperate Housewives," a spokesperson has said.

Could this effect Ellen's future in the USA?

Only time will tell ... Want more controversy from the presenter? Scroll on for her relationship with a former president ...