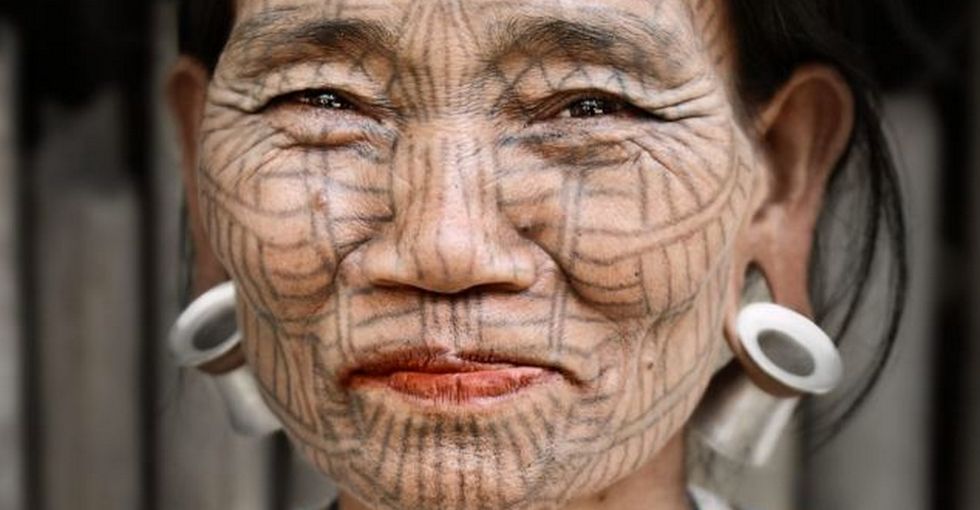 Generations ago, tribes in the Chin province of Myanmar began to tattoo the faces of young women...

Why would they do that, you ask?

Surprising as it may seem, it turns out they actually had a pretty good reason.

Like in many cultures, it used to be the case for the Chin that royalty could marry whoever they wanted.

And, of course, a neighboring prince with enough men could marry whenever he wanted, too, simply showing up and taking his next wife on a whim.

For the Chin people, this meant repeatedly having their hearts broken as their daughters were stolen away by marauders...

Obviously, they couldn’t expect to fight against this injustice and win.

They would be crushed...

So they had to get creative…

Now what prince would want them as wives?

But then a fascinating evolution occurred.

Over the years, what was intended originally to make the women undesirable began to have the opposite effect.

Eventually, the full facial tattoos became signs of beauty rather than the opposite.

Of course the tattoos have not been necessary to ward off any unwed princes for some time now, so you will be glad to hear that the practice has been banned for several decades…

But as we’ve seen here, many of the older generation of Chin women still bear the amazing markings.