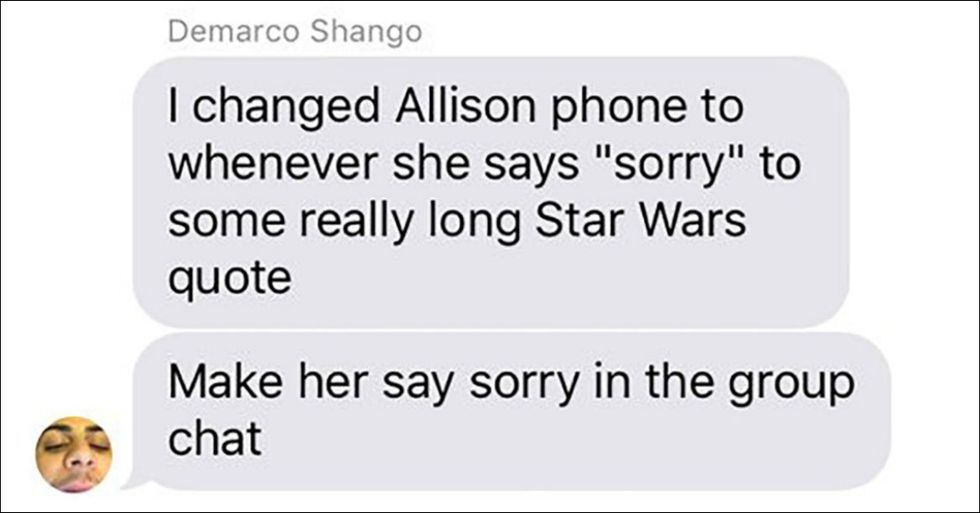 One of the easiest and theoretically harmless pranks out there is to change someone autocorrect on their phone. And if you're a fan of Star Wars, you're going to want to use the force to pull this one off for yourself.

It's brought to you by Twitter user Michael Sana, who recently played a prank on a friend by changing words in her autocorrect to incredibly long quotes from Star Wars.

He tweeted it out and it went instantly viral.

They're not laughing at you, they're laughing with you...actually, no. Twitter was pretty much laughing at her.