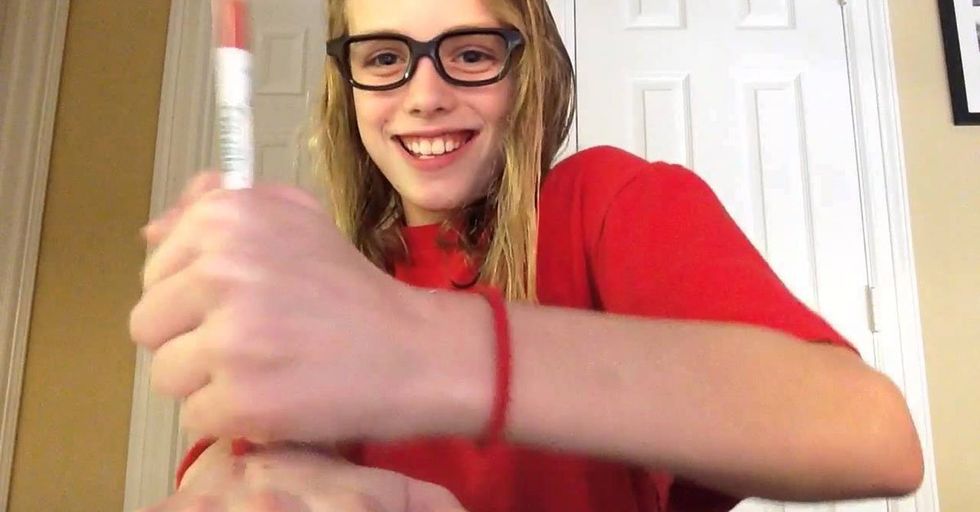 As long as kids have been bored at school and wanted attention, they've been willing to engage in pointless, dangerous activities to show how tough they are.

But just as we saw with the salt and ice challenge or the cinnamon challenge, these silly games have very real consequences that should cause concern for parents. Now, a new one is making the rounds, and it's time for parents, teachers, and other kids to be aware of its dangers.

It's called the eraser challenge, and, as with the other dangerous, it involves a painful act that serves no purpose.

The game's "rules" are simple: Rub an eraser on your skin while you recite the alphabet.

But while the kids are distracted running through the alphabet, they're oblivious they're doing to their skin, often stripping it away and causing blisters or even open wounds prone to infection.

Because we live in an age of social media, the "challenge" aspect of this dangerous game comes from sharing your scars on social media.

What's most terrifying is that it would seem from the pics that the kids are actively trying to inflict the most harm for attention.

But as you would imagine, there's no upside. It's senseless self-harm performed in the name of peer pressure and boredom.

Some are saying the game has been around for generations, but the ability to share the gruesome photos on social media has given this trend new legs and a bigger audience.

Even a child could see that it's pointless and dangerous, but never underestimate the powers of peer pressure.

Many have seen the damage it can do, but they still persist in playing, so letting your kid know that it's unacceptable and to avoid people who are recklessly playing the game could help them abstain if their own common sense doesn't.

Many are learning not to, but it's too little too late, with one adult who witnessed the game saying, "This made me very sad, but satisfied as the boy told me how badly his arm hurt many days later and how he would never try anything like that again."