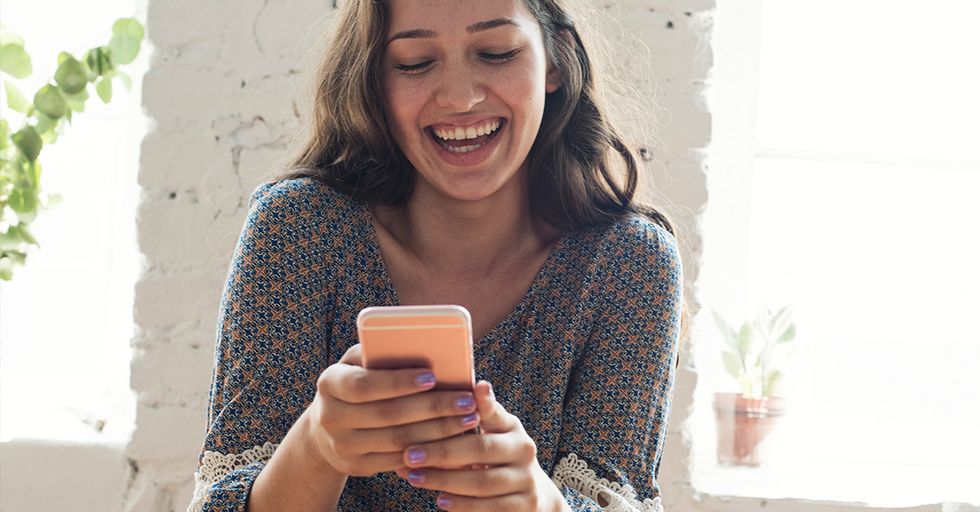 The Funniest Things Said by Women in 2018

When I say that too much stuff happened in 2018, I mean it. The amount of news there was this year could have easily been spread out over a whole decade, and we would have been fine. There was a lot of bad, a smattering of good, and everything in between. Thank goodness we had funny women like the ones highlighted on this list to help us get through it.

Of course, there are way more funny tweets out there. The ones I have chosen truly make me giggle until I snort (it's a hilarious sight), but they are not the only hilarious, of-the-time, and truly universal tweets by women out there. Women proved this year that they are funnier than men, they are tougher than men, and that they are stronger than ever. If you ever doubted that "the future is female," you won't anymore after reading the hilarious work of these strong women.

Women are here, we are loud, we are fierce, and we're bringing the jokes.

Wow, I saw this meme pop up a lot on Twitter this year, but this is by far the best application of it that I have seen.

Yass, queen! I love this so much.

This Valentine's Day tweet is priceless. And honestly, that trash can is probably more attractive and supportive than the majority of guys out there.

Nothing better than when a moment you planned goes better than you could have ever imagined. The kids were right because this is literal witchcraft.

It's true. There is way too much news these days. Luckily we have geniuses like Megan Amram to keep us laughing.

“not all men are trash” you’re right. the Celestial Seasonings Sleepy Time Tea Bear would never treat me like this https://t.co/YbryU24Awo
— milka (@milka)1523625161.0

I love this tweet, but who says this bear is a dude? I think she's a woman bear living her best life!

I can't tell if this is hilarious, sad, or a combination of both. Do you think this Ross and Chandler know each other and coordinate the sending of messages?

It is never a good sign when someone says that sentence to you. This is honestly scarier than any episode of the actual show.

Um, this is brilliant. Petty move of the century. Totally genius.

I feel seen. Although, the first three moods make up the majority of my being.

Guys, you could have avoided this mishap if just one woman had been consulted in the design process https://t.co/FgTCz2UhfI
— Georgina Lee (@Georgina Lee)1523786858.0

Remember when Harvard scientists trampled on everyone by saying you were only supposed to eat six French fries? Kashana Cauley caught on to the real entity behind the news.

This tweet has everything. It's got women supporting women, a woman not going to a dude's house for a booty call, and a dog's birthday party! It's the perfect tweet.

Teach a man to fish

This is too accurate. Men! Stop doing this! It's really the pits!

Literally one of the only benefits to freelance life is finding parking spots at Trader Joe's. And yet, there are always more people there than you think there are going to be.

Never believe the front-facing camera! It is a liar!

This made me giggle. And 2018 brought us several stories of women dating and marrying ghosts, so it's very current as well.

The woman is a magician– she's supernatural. The rest of us can't stay awake after a particularly strenuous trip to the grocery store.

And that is definitely, 100 percent the true story of how the Daddy Long Legs got its name. So funny.

This is so true. I have fond memories of taking the Fung Wah bus from Chinatown in NY to Chinatown in Boston. They were always unmarked and we stopped at a Chinese buffet on the side of the highway for a pit stop. It's a miracle it went where I hoped it was going.

I think adulthood is just constantly noticing new and different things that are wrong with your body, googling them, and accepting death.

In 2019, I call for a moratorium on blaming millennials for anything. We were all clearly screwed over in every aspect of life by baby boomers.

Every female chef on Chef's Table: "Food is an expression of love and I want to nourish the world" Every male chef… https://t.co/e3ycvmWn45
— KatieTwoHands (@KatieTwoHands)1516688859.0

This tweet made me laugh out loud. If you watch this show, you know that this is like, scarily accurate.

This is like, next level funny. You can't write this stuff. It seems like it would be a joke in a sitcom, but it's too good. It's real life.

The sign off made me double over laughing. A truly hilarious indictment of the "Instagram poet" fad that's happening right now.

sometimes i get really concerned about things very suddenly like i’ll be chillin then all the sudden be like “o shi… https://t.co/dlrjO4agfT
— mohawk bad boy (@mohawk bad boy)1534908066.0

I am so glad that this also happens to other people because I was convinced I had off-the-charts anxiety (I still have anxiety, but like, at least some of it is normal).

sometimes my low pony looks cute but sometimes i look like a young man in colonial america eager to start his woodworking apprenticeship
— crick (@crick)1537664145.0

At least she gets some cute low ponies. All of mine look like I'm about to ride into town to tell you the British are coming.

So funny, but so true. Share this with a strong, funny woman in your life!