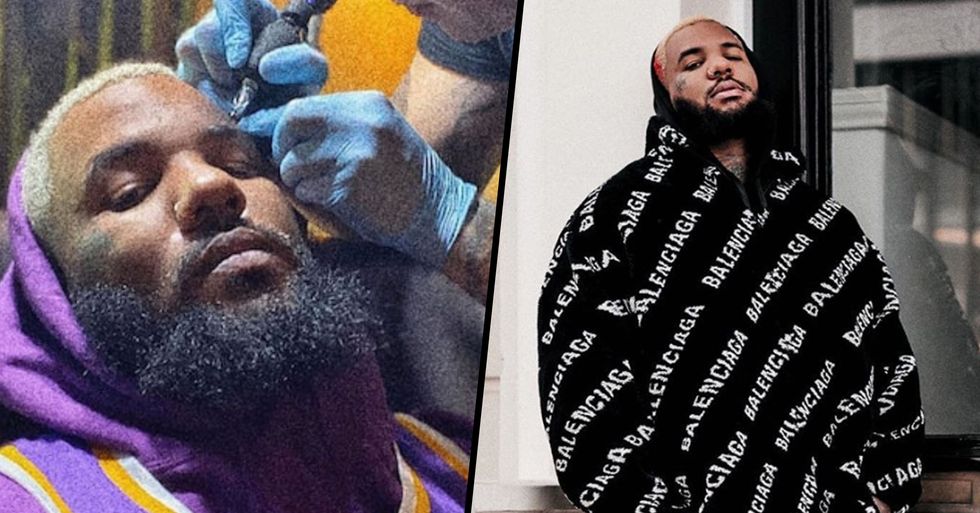 Tributes from celebrities and fans have been flooding in. One rapper has gone the extra mile to honor the late star - by getting a face tattoo.

Reactions to the inking have been strong, to say the least. Keep scrolling to take a look.

Some celebrities have gone to great lengths to honor the star...

And it seems one rapper has gotten a new inking dedicated to Kobe.

And his choice of location was bold, to say the least...

The rapper, known as "The Game" has gotten inked on has face. Keep scrolling to take a look.

The forty-year-old took to Instagram to show off his new face tattoo.

The star documented the process of getting the tribute tattooed above his eyebrow.

And it's solicited some strong reactions...

Many people were wondering why he couldn't have gotten inked somewhere else on his body rather than, well, his face.

Some people accused him of getting the tat for attention...

The Game had the number 8 inked over what appears to be an infinity symbol. "♾ F O R E V E R," he captioned the pics. The number 8 was Kobe Bryant's original jersey number. What do you think?

Rest in peace to Kobe and Gianna Bryant as well as the rest of the victims involved in the crash. The Altobelli family, who also died in the tragic crash, have been remembered in a memorial service. Keep scrolling to read the full story.