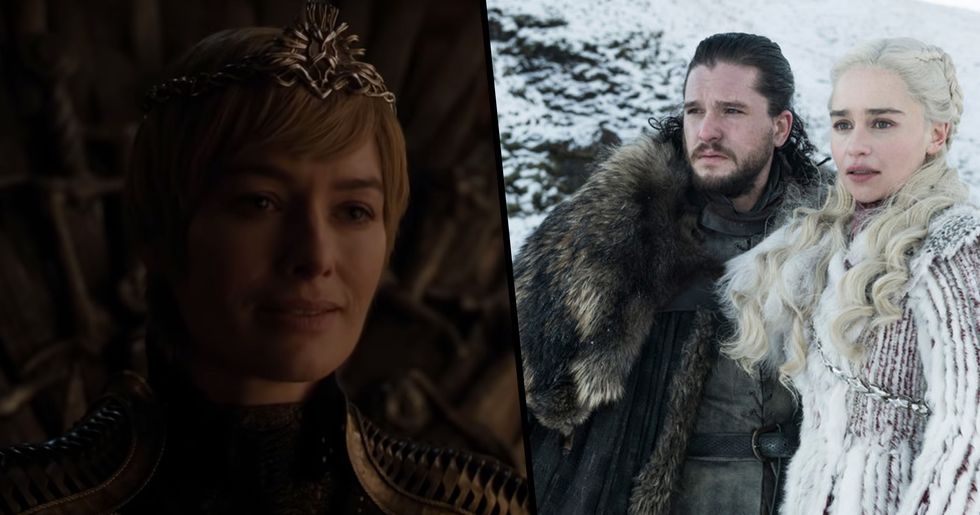 But it turns out that the cast actually filmed an alternative ending to the show, according to Kristofer Hivju, who played Tormund Giantsbane in the hit series.

This could have completely changed everything. Keep scrolling to get the full scoop.

The dedication showrunners put in to create believable settings and well-rounded characters (and seemingly hundreds of them) made the fantasy seem oddly believable.

Game of Thrones was based on a series of fantasy novels called A Song of Ice & Fire, by esteemed writer George R.R. Martin.

That is, until season eight.

Angry Game of Throners created a "Remake Game of Thrones Season 8 with competent writers," which picked up more than 1.7 million signatures.

The main 2 people fans were annoyed at?

Show creators, David Benioff and D.B. Weiss. The petition read, the two "have proven themselves to be woefully incompetent writers when they have no source material (i.e. the books) to fall back on."

Fans felt the two had ruined what Martin had started.

"This series deserves a final season that makes sense. Subvert my expectations and make it happen, HBO!"

Jon Snow (or Kit Harrington) told Esquire, "How I feel about the show right now is quite defiant. I think no matter what anyone thinks about this season - and I don't mean to sound mean about critics here - but whatever critic spends half an hour writing about this season and makes their [negative] judgment on it, in my head they can go **** themselves."

Harrington wasn't the only one.

But, it turns out that the cast actually filmed an alternative ending to the show.

Kristofer Hivju, who played Tormund Giantsbane in the hit series, revealed the game-changing revelation during an interview with Metro this week.

"Well, we shot an alternative ending."

"That was mostly for fun but I don’t know if I’m allowed to tell you about that," he joked. It was previously reported that the show was filming multiple endings to confuse paparazzi and fans, and therefore prevent any spoilers leaking. But Hivju appears to confirm that this was indeed true.

What could this have meant for the fate of the characters?

Sadly, Hivju couldn't share which actors were involved in the alternate finale, which could've revealed whether a different set of characters were meant to survive or not in the alternative version.

So it seems we won't be getting a glimpse of the alternative ending...

But the news isn't all bad... Still waiting for something to fill the Game of Thrones shaped hole in your life? Keep scrolling for an upcoming HBO series which might just help soothe you.