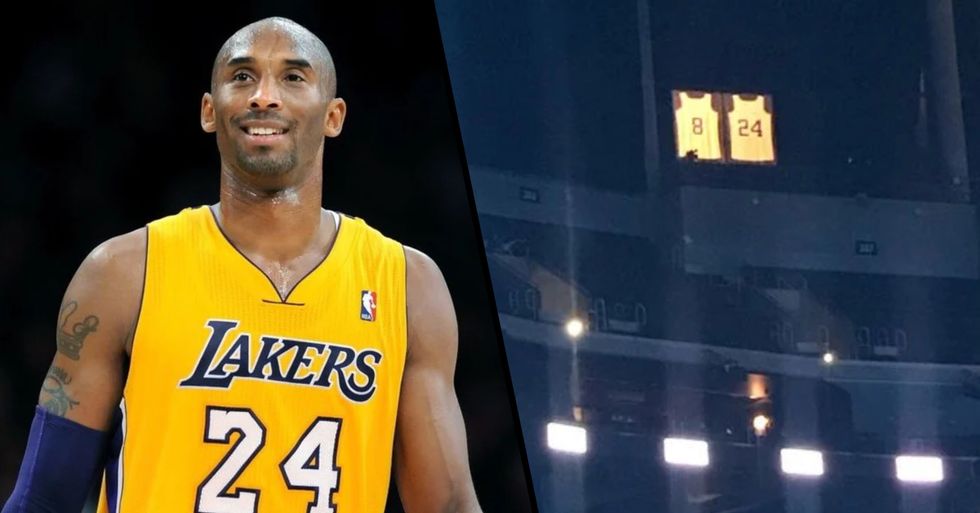 Tributes have poured in for the star, and now the NBA has released a statement.

But one of the most touching tributes came from the Grammy Awards, which also took place last night.

The two were often picture giggling and smiling together, and it's clear she was the apple of her father's eye.

And tributes have p[oured out for the victims.

Bieber shared this throwback snap of the two, saying "It can't be. You always encouraged me mamba. Gave me some of the best quotes that we smile about to this day! Love you man!"

And now the NBA has released an official statement.

And the ceremony offered many tributes to the late, great athlete.

The awards were hosted at the Staples Center.

And coincidentally, this was the stadium that Kobe called home during his NBA career.

And she gave a powerful speech about his legendary career.

During his performance, he placed a Bryant jersey in pride of place on stage.

Kobe was famous for his jersey number - 24 was his most famous, but he also played as number 8.

And the awards ceremony paid tribute in a super heartwarming way.

Videos were shared on social media.

The jerseys bearing Kobe's numbers were hung in the rafters.

And according to attendees, they stayed lit up for the whole ceremony.

The tribute wasn't obvious to audiences at home.

But for those in the stadium, it was clear Kobe was on everybody's mind.

Many were touched by the decision.

Especially as people were sat in a place so inherently linked to Kobe.

It was certainly an emotional touch.

The outpouring of love for Kobe has been overwhelming to many, and prove just how beloved the star was.