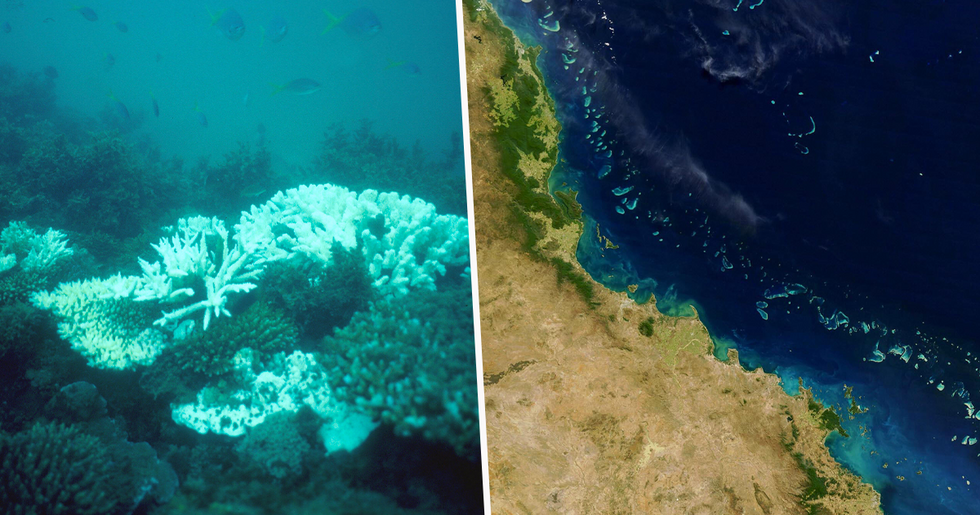 Despite the natural world appearing to benefit from our absence over the last several months, the Great Barrier Reef continues to suffer from the effects of climate change...

There was a slight improvement in 2020 for our struggling planet.

Due to the ongoing medical pandemic.

Humans have been required to stay indoors.

And this has meant that marine animals can now return to their habitats.

Although unfortunately, coral reefs aren't benefiting from the drop in human publicity.

The Great Barrier Reef has lost more than half of its coral in the last twenty-five years...

And the beautiful reefs once brimming with life are being bleached due to climate change.

Research carried out by the University of Queensland said that the damage to reefs are also killing off species that once made their home there.

Study co-author Professor Terry Hughes, of the University of Queensland, Australia, said: "We found the number of small, medium and large corals on the Great Barrier Reef has declined by more than 50 percent since the 1990s. "The decline occurred in both shallow and deeper water, and across virtually all species - but especially in branching and table-shaped corals. "These were the worst affected by record-breaking temperatures that triggered mass bleaching in 2016 and 2017."

The research showed throughout the years of 1995 and 2017, there was significant depletion in the reef.

He explained: "We measured changes in colony sizes because population studies are important for understanding demography and the corals' capacity to breed."

They need to improve the data captured on the bleaching of the reef and update current findings...

Dr Dietzel continued: "If we want to understand how coral populations are changing and whether or not they can recover between disturbances, we need more detailed demographic data: on recruitment, on reproduction and on colony size structure."

"We used to think the Great Barrier Reef is protected by its sheer size - but our results show that even the world's largest and relatively well-protected reef system is increasingly compromised and in decline."

They concluded: "There is no time to lose - we must sharply decrease greenhouse gas emissions ASAP."

Let's hope we have more time to reverse the catastrophic effects. Keep scrolling for more...