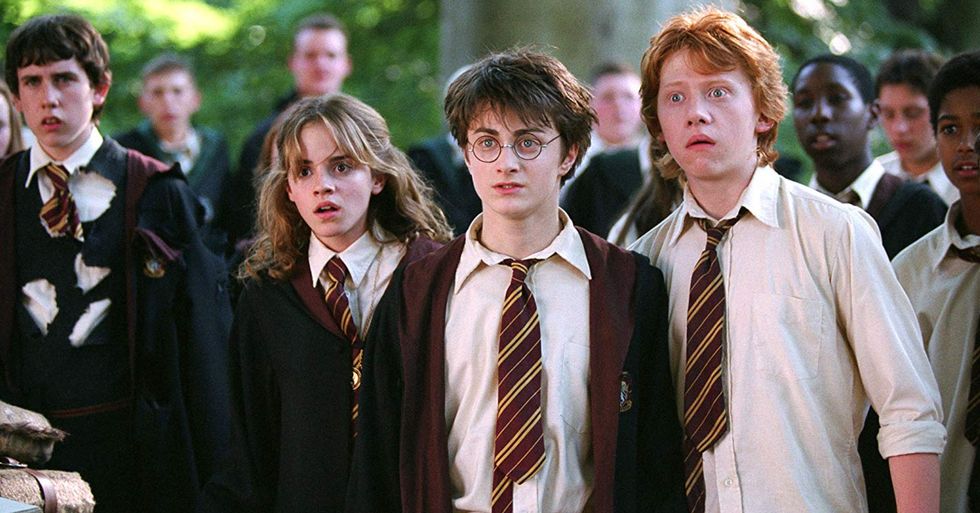 The 'Harry Potter' Cast Reunited for the Holidays

Back in 2011, we watched through teary eyes as Harry Potter finally defeated the evil Lord Voldemort, and ultimately brought the magical world of Hogwarts to a close. But... What's happened since the end of the magical Harry Potter franchise?

Just because it finished doesn't mean it's actually over. And that's exactly the case this week, as it looks like the gang has reunited for the holidays.  Keep scrolling to see the pic.

But the cast has given fans the greatest gift of all this week... a holiday reunion pic.

The nostalgic snap was posted by Emma.

And of course, fans went crazy. "this is what dreams are made of," wrote one excited fan.

"I'm so happy right now thank u and merry Christmas shjsbsjan," commented one rather happy muggle.

Emma posted the snap with her fellow Hogwarts co-stars, Tom Felton (Draco Malfoy), Evanna Lynch (Luna Lovegood), Bonnie Wright (Ginnie Weasley), and Matthew Lewis (Neville Longbottom) along with the caption "Merry Christmas from us." Christmas just got a whole lot merrier. To keep reading about Emma and her amazing self, keep scrolling to learn about how she recently described herself as "self-partnered" rather than single...