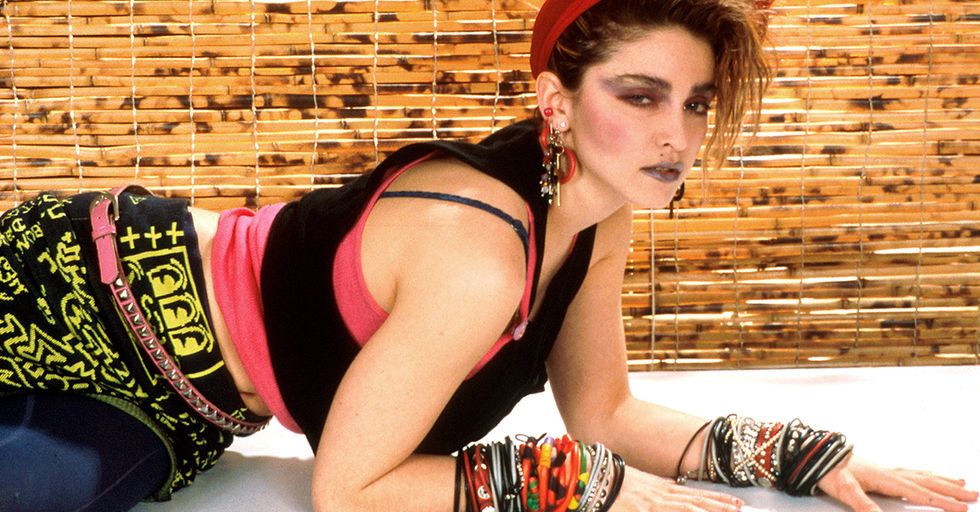 You may have noticed the '80s nostalgia taking over popular culture nowadays, but what about the big names of the 1980s?

What have they been up to?

Check out these 17 female pop culture powerhouses and sex symbols of the 1980s!

Then: Kim Basinger was elevated to ‘sex symbol’ status with romantic drama 9 1/2 Weeks in 1986, after kicking off a career in both acting and modeling.

Now: Basinger has appearing in a few projects in recent years, including 2017’s Fifty Shades Darker.

Then: Debbie Harry, frontwoman and singer of the rock band Blondie, found success in 1980 with #1 hits Call Me, The Tide is High, and Rapture. She’s considered one of the greatest (and sexiest) rock and roll artists of all time.

Now: Blondie, despite splitting up later in the 80s, continues to reunite for a tour every so ofter. Harry herself dedicates her time to philanthropy as well, supporting a number of charities.

Then: Paula Abdul made her singing debut at the tail end of the decade with Forever Your Girl in 1988; her vocal skills and extraordinary dance ability (previously, she’d been a choreographer, most notably for the Jacksons) rocketed her to fame.

Now: You’ve probably seen Paula Abdul more recently as a judge, first on American Idol, then The X Factor, followed by several guest judge appearances: So You Think You Can Dance, Dancing With the Stars, and RuPaul’s Drag Race, to name a few.

Then: Janet Jackson became a pop icon in her own right in 1986 with the release of her third album, Control. Subsequent musical exploration helped her to develop an image as sex symbol, and she became one of the most popular and financially successful artists in the music industry.

Now: Still a performing and recording artist, Janet Jackson recently released Unbreakable, the first of her studio albums to be released under the record label that she owns, Rhythm Nation.

Then: Christie Brinkley attained fame as a model in the 80s on the cover of Sports Illustrated, and then as the belle of CoverGirl. In 1983, she made her acting debut in National Lampoon’s Vacation and wrote and illustrated a book on health and beauty.

Now: Named by Allure as one of the most attractive women of all time, and appearing in everything from several of then-husband Billy Joel’s music videos to the musical Chicago, Christie Brinkley has kept busy. If you’re a Parks and Recreation fan, then odds are you’ve seen her there as well, in a recurring stint as Garry Gergitch’s wife Gayle!

Then: In 1981, Olivia Newton-John’s Physical album was released, and the song itself (ranked by Billboard in 2010 as the most popular single about sex) was the biggest track of the decade. It also gave Newton-John a new image, featuring a female performer so confident and comfortable in her sexuality.

Now: Continuing to tour, Newton-John has also been an advocate for health awareness in connection with her continuing battle with breast cancer. She’s been on Glee a couple of times, too!

Then: Hard rocker Pat Benatar released one of the biggest hits of her career, “Love is a Battlefield" in 1983. The rest of the decade was spent producing and generally killing it as a Grammy-winning rock artist.

Now: Benatar continues to perform, and recorded the single “Shine" in support of the first Women’s March last year!

Then: Lady Di, the People’s Princess, was one of the world’s most beloved public figures through the 80s. She married Prince Charles in 1981 and was globally celebrated for her charity work as the Princess of Wales.

Now: Tragically, Diana was killed in 1997, in a Paris car crash.

Then: From model to world-famous singer and performer, Whitney Houston’s “How Will I Know" released in 1985. From there, her following self-titled album became the best-selling female debut in history—and she became one of the most iconic artists in the industry.

Now: Whitney Houston passed away in 2012. Up until her death, she’d been performing and releasing new music after a period of personal and drug-related struggles. She remains, of course, an icon among musical artists.

Then: A renowned artist well before the 80s, Dolly Parton’s career continued to grow throughout the decade. She took her music in a more mainstream, pop-like direction and starred in the film “9 to 5" in 1980.

Now: At 72, Dolly’s still going strong. She continues to tour, and partnered with her God-daughter (maybe you’ve heard of Miley Cyrus?) on a track from Miley’s latest album: “Rainbowland."

Then: Vanessa Williams was crowned Miss America 1984, and though she was later forced to resign amid a scandal over unauthorized nude photos appearing in a magazine, her career rebounded as a singer and actress in the following years.

Then: One of the 80s’ most popular sex symbols, Bo Derek’s role and swimsuit poster for the movie 10 launched her into prominence.

Now: Semi-retired, Bo Derek now makes only occasional appearances in film and TV. Did you know she was in Sharknado 3?!

Then: Kathleen Turner achieved stardom in the 80s, in film roles ranging from femme fatale to comedy star. She provided her distinctively husky and sultry voice to the role of Jessica Rabbit in Who Framed Roger Rabbit, and won a Golden Globe for Romancing the Stone.

Now: Turner continues to act occasionally, after a decades-long battle with rheumatoid arthritis. She’s also noted for her work with Planned Parenthood, and other charitable organizations.

Then: Kelly LeBrock went from supermodel to actress in the mid-80s, being one of the most in-demand models when her career hit its stride. She played roles in The Woman in Red and Weird Science.

Now: After taking a break for several years, LeBrock still appears in film and TV roles from time to time.

Then: Michelle Pfeiffer burst into the mainstream with Scarface in 1983, and later drew acclaim for her performance at Catwoman in Batman Returns, as a “classic dazzler" in a black leather catsuit.

Now: Pfeiffer took a bit of a break in the 2000s, as she was focused on her children and family, but now has begun to take on more roles. She was just in Murder on the Orient Express, and she’ll be in Ant-Man and the Wasp later this year.

Then: Heather Locklear’s ’sex symbol’ status was cemented during her role on Dynasty, running from 1981-89.

Now: Locklear has had a smattering of television and film roles in recent years, although as recently as this February has also had a couple of legal troubles.

Then: How could we not include the Queen of Pop?! A pioneer and influencer in the music industry, Madonna’s self-titled first album came out in 1983 and her style sent waves across pop culture trends of the time.  Her follow-up album Like a Virgin cemented her status as both pop icon and sex symbol.

Now: And she shows no signs of slowing down. Madonna is currently working on her 14th studio album, performing, and making waves as both artist and activist.