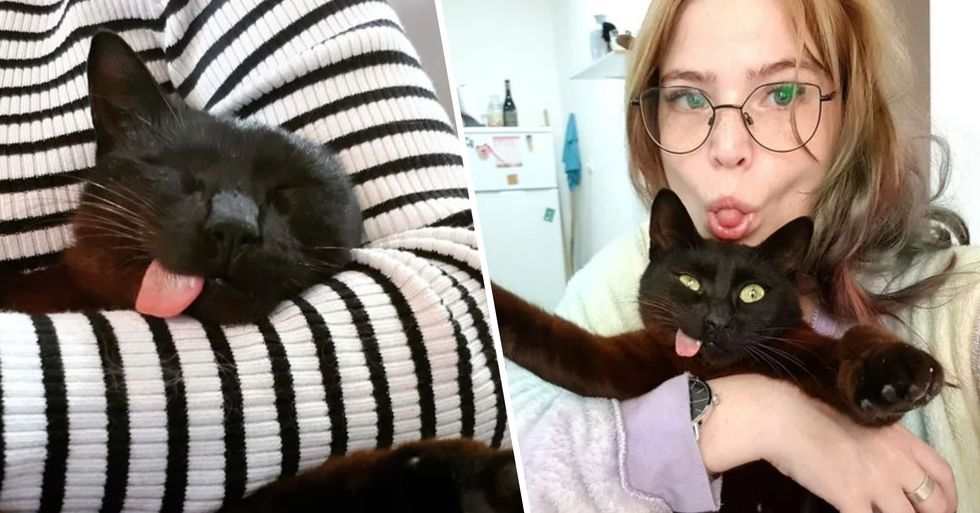 But this one kitty might be the cutest we've ever seen.

As one cute kitty has proven this week.

The cat has a unique look - and a surprisingly sad backstory.

He has a permanent "blep."

Giving him a cheeky appearance at all times.

His appearance is thanks to an attack.

Zimes was a stray who was attacked by a pitbull aged just four weeks.

Luckily the tragic tale has a happy ending.

Zimes was adopted by a loving cat mom.

"This attack was not an accident. This person just released his dog to kill stray cats for fun. I really cannot imagine someone doing something so horrible," she explained.

"When the tongue started to come out, he got even cuter! He loves everyone, he lets everyone hug him and love him."

In Zimes, Margot says she's found a "pure love that healed me."

The duo are inseparable.

"I take him on walks, he talks to me, he wakes me up in the morning, we are just always together."

"The different ones are the best ones."

"You are the most creative, the most loving, the most inspiring, strongest of all! Never hide who you are and never be ashamed!"

What a truly beautiful message.

And we can see why!

Who wouldn't love that face?

We want to snuggle with Zimes.

We're so glad he got the happy ending he deserved.

Fancy seeing another cute animal with a difference? Scroll on!