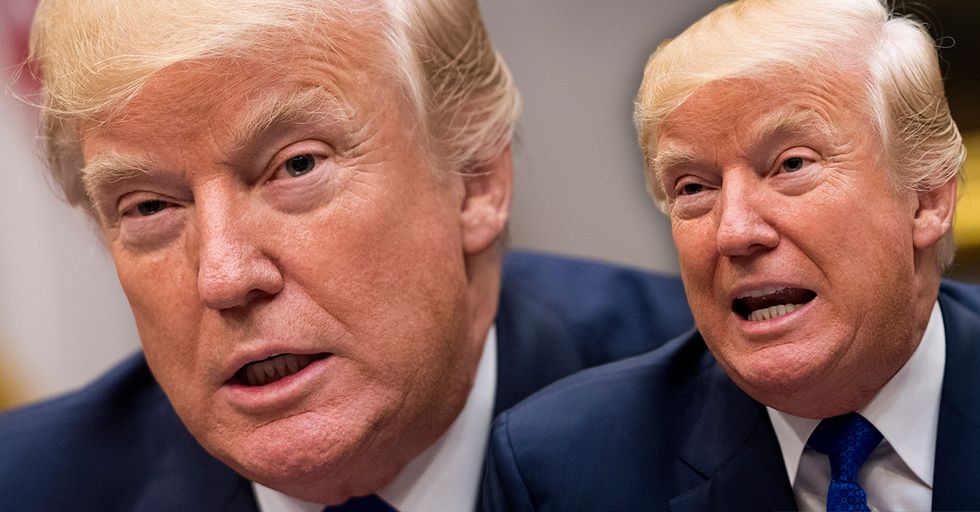 If there's one thing that Trump loves, it's himself.

But making a spectacle of himself runs a close second.

Yesterday, he staged a bizarre photo op for himself and two empty chairs. The Internet immediately took notice and made it into a meme. Unfortunately (for Donald Trump), it wasn't exactly the effect he was hoping to have.

Trump and his fellow Republicans are currently under a lot of pressure to make a deal with Democrats about government funding. If they don't make a deal by December 8, they risk a total government shutdown.

You'd think that the man who (co-)wrote The Art of the Deal would be good at this, but so far, no. He was scheduled to have a meeting with Democrats yesterday afternoon.

But yesterday before the meeting, Trump tweeted this:

He basically said that there would be no point in meeting with Chuck Schumer and Nancy Pelosi to make a deal. Again, this was before the meeting where they were supposed to come up with a deal.

Rather than submit themselves to a meeting with a man who clearly has no intention of making a deal, Pelosi and Schumer instead chose to bail on the president.

The issued the following joint statement: "Given that the President doesn't see a deal between Democrats and the White House, we believe the best path forward is to continue negotiating with our Republican counterparts in Congress instead. Rather than going to the White House for a show meeting that won't result in an agreement, we've asked (Senate Majority Leader Mitch) McConnell and (House Speaker Paul) Ryan to meet this afternoon."

In order to really stick it to Pelosi and Schumer, Trump decided to stage a photo op to show what the room looked like without them in it:

Look at that sad man surrounded by empty chairs. There's no way this could backfire, right?

Trump's supporters were huge fans of the spectacle.

"A stunning visual.....brilliant!" this person said. Hm. The rest of the Internet, however, loved the photo of Trump with two empty chairs for an entirely different reason...

The Internet did what it does best and hilariously trolled the president and his attempt at humor.

When you cyberbully your friends and pretend to be the victim when they don't show up to your party https://t.co/xeSSlfbJBP
— Orli Matlow (@Orli Matlow)1511903107.0

What exactly was he trying to prove here? Are we supposed to feel bad for him?

You'll need to turn the sound up for this one, but it's so, so perfect:

Huh, OK, that's officially the closest we've ever come to feeling bad for the guy. But then we remembered everything he's done since his election and all sympathy has gone completely out the window.

Some couldn't help be reminded of other sad photos that have made the Internet rounds:

Of course, Trump has a bit of a history of throwing poorly attended parties. Like the Inauguration, for instance.

Ah yes, the Inauguration, where there were TONS of empty chairs.

For a guy who constantly brags about his own popularity, there certainly seems to be a lot of photographic evidence to the contrary. (Also, you'd think a guy who was popular would have won the popular vote. Just saying.)

He looks so proud of himself for creating this photo op. But we're not fooled, Trump. Why don't you focus less on making "jokes" and more on making all those deals you're so good at? 'Cause we'd really like to avoid a government shutdown. Thanks.