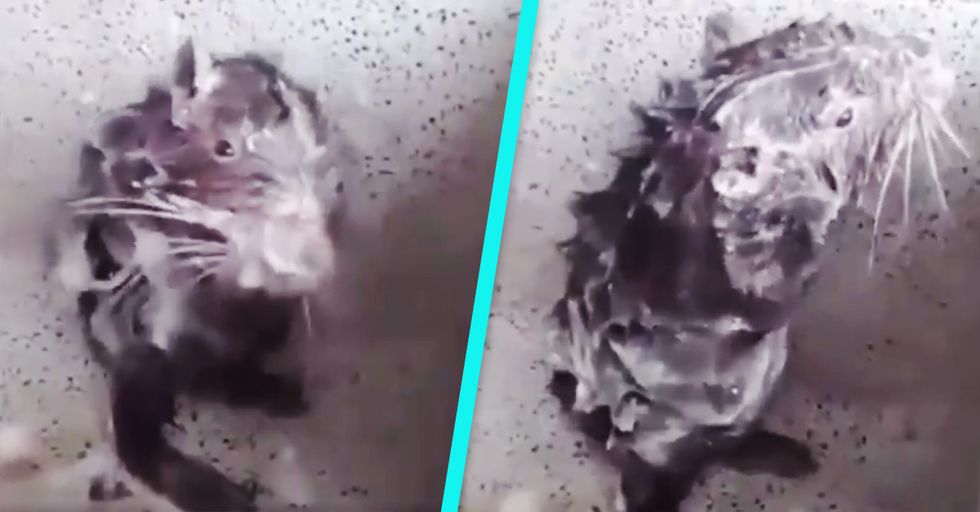 Rats have been having a pop culture moment lately. Think about it.

First came Ratatouille, the movie centered around the titular Remy, a rat who can cook. Before Ratatoille, I thought rats were horrible little rodents brimming with such deadly infections as the Bubonic plague. After Ratatouille, I was more okay with coexisting with my rodent brethren and even became inspired to try the French dish the movie was named after.

Note: It was not to my taste. I can't appreciate a dish unless it has pepper. Lots and lots of pepper.

Then, some years later, came Pizza Rat, the intrepid brown avenger who stunned the Internet when he opted to sling home that most New York of lunches, pizza.
Pizza Rat showed us that anything humans can do, rats can do it better. I mean, dude had a slice bigger than he was – extra cheese – and had he not been scared away by a pesky human, he would've had enough for breakfast, lunch and dinner.
Then of course, there was Avocado Rat. If Pizza Rat was your hardened Manhattenite, Avocado Rat was its millennial cousin living out its hipster dreams in Brooklyn.
Avocado Rat was very obviously an avowed gourmand with waxed whiskers, a monocle for irony, and a disdain for white bread because of the "gluten."
Now, another rat has arrived to take the rodent crown. The internet has gifted it the obvious moniker Shower Rat, but unlike its predecessors, there are a lot of questions about the veracity of its story.
Shower Rat burst onto the scene circa early last week, when internet denizens were stunned to discover the spectacle of a rodent that seemed to be bathing itself.
The video, which was uploaded by Jose Corrrea from Peru, appeared to show the rat mid-sudsing, like it was trying to get into all the cracks and crevices. People were shocked to see a rodent standing up, and they had a right to be. There's all kinds of problems with the shower rat story. First of all, Shower Rat isn't even a rat, it was (probably) a pacarana – a rare and slow-moving arboreal rodent that is found in the forests of South America. The pacarana typically lives in families of four or five, and is nocturnal.
"It makes sense that this animal could wash itself like a human because it needs that forelimb mobility for foraging and food processing," Dallas Krentzel, a rodent specialist at the University of Chicago explained to Newsweek.
"With the large head size, bipedal position, flexible forelimbs, short stiff tail, and consistent coat colour...this animal fits the ID of a pacarana," Krentel said.
He also added, "There is just no other rodent that would fit all of those features, and the fact that this video was taken in Peru where pacaranas are known just seals the deal."
Secondly, rats wash much like cats do – by licking themselves all over. Shower Rat Pacarana was probably rubbing itself because it was uncomfortable, and trying to get all the soap off itself.
“The movements are pretty strange," Tuomas Aivelo, a researcher in Urban Rat biology at the University of Helsinki in Finland said to Gizmodo. “A rat wouldn’t do that unless there’s something it really wants to get rid of. I think it’s soapy all over. That’s probably a problem for the rat. It just wants to get rid of the soap."
This pokes holes in Correa's story. Correa, the DJ from Peru who claimed he shot the video in a bathroom sink in Huaraz city, said that he was on his way to take a shower when he spotted the creature.
“I've never seen anything like it," he told Caters News. “I care a lot about animals so I wanted to protect his privacy... It went on for about 30 seconds, and then he ran off... I think he just wanted to give himself a good clean." Right. Well, here's hoping that Shower Pacarana is okay and that he was rinsed off after his ordeal.