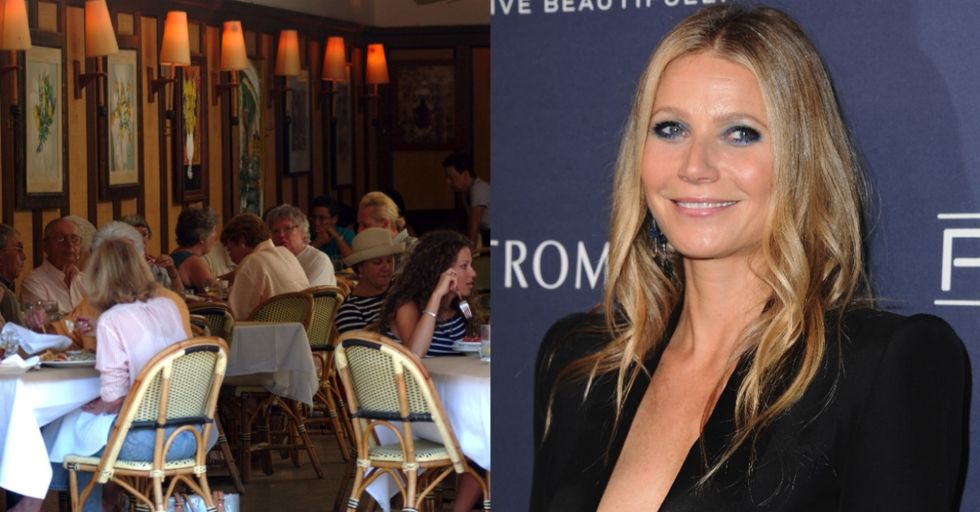 Gwyneth used to be married to Coldplay lead singer and co-founder Chris Martin.

They said that they "consciously uncoupled" in 2014, but they didn't officially get divorced until July of 2016. In 2014, Gwyneth released a statement on her Goop blog that said, "We have come to the conclusion that while we love each other very much we will remain separate. We are, however, and always will be a family, and in many ways we are closer than we have ever been," according to Glamour.

Even though they're divorced, Gwyneth and Chris often meet up for the sake of their kids.

After their divorce, Chris told Glamour about his experience. He said, "It's always out there in the media, but I have a very wonderful separation-divorce. I've lived a lot since then. It's a divorce, but it's a weird one. You can come at it very aggressively and blame and blame. Or you can put yourself in the garage, so to speak. Take yourself apart and clean off the bits. Reassemble."

Chris and Gwyneth have two kids. Moses is 11 and Apple is 13.

They put their kids first and worked on co-parenting after divorce. She told Entertainment Tonight about their process: "You have to constantly let go... You have to let go of old ideas, old resentments. You have to put the kids first, which I think people have the idea of that, but then oftentimes, you struggle with it."

Gwyneth said that she thinks that she and Chris have contributed something positive to the culture of divorce.

She told Entertainment Tonight, "And to this day, Chris would take a bullet for me... Even though I'm not his wife." Gwyneth has talked about having regular brunch dates with her ex.

She still posts pictures of her and Chris celebrating Mother's Day and Father's Day with their kids.

But yesterday, she took her commitment to smoothing things over to another level. She posted a picture of Chris and her new fiancé at brunch together...

She captioned the photo, "Sunday brunch #modernfamily." People loved it. Chrissy Teigen (who is basically social media comedian now) quipped, "I hope this is me @johnlegend and my husband one day... Jk love you @johnlegend for now."

People loved Gwyneth's story so much that they shared their own modern family stories in the comments.

Someone said, "Yes. That’s how grown-ups roll. You share your kids and get along!" We wholeheartedly agree." Another person wrote, "Thank you for setting the greatest example of separation of parents and still being friends. "Uncoupling" This area is new to me and I follow in your footsteps how healthy your family must be mentally. Thank you." Another person said, "I love this!!! This is me now and I can't believe it!! I would have never imagined!"

Gwyneth met her new fiancé on the set of Glee.

He was producer on the show at the time. Brad Falchuk has also worked on Scream Queens, American Horror Story, and American Crime Story.

Brand and Gwyneth dated for three years before they got engaged.

Gwyneth said that Brad has a similar family situation of his own. She said, "He has his own version of it, his own family where it's not a couple but it's a family." Brad has two kids with his ex-wife, Suzanne Falchuk.

They've looked pretty solid ever since. Major props to these two lovebirds for figuring out how to roll with their family changes. And if you're curious about that picture above, that's Gwyneth dressed up for Halloween as her own character from the 1995 thriller, Seven, in which she played a detective's wife who was beheaded by a serial killer. It takes a lot of confidence to dress up as a character you've already played, and we think Gwyneth pulled it off.