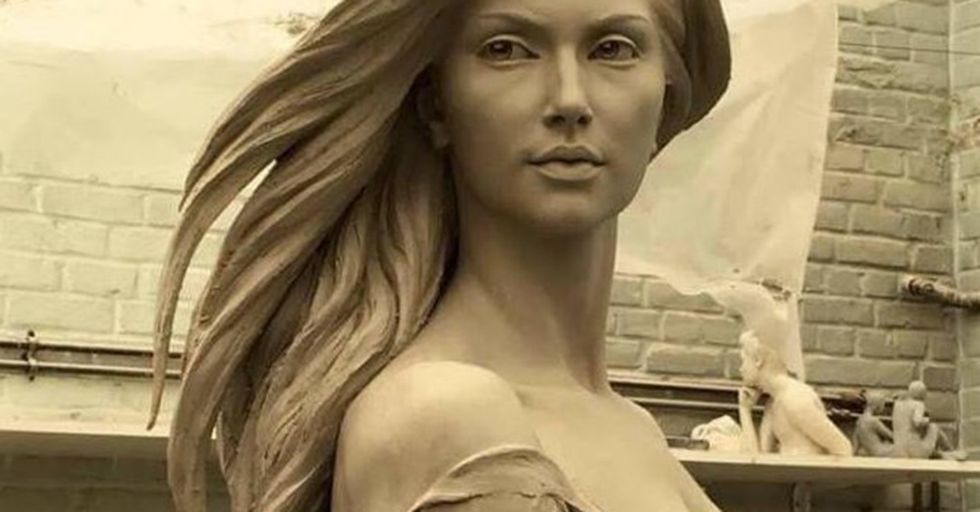 There's no easier way to tell a poser than through their art opinions. For instance, when confronted by a painting or sculpture most people will go, "hmm, that's nice," and keep moving. The poser (or, for the purposes of this article, poseur), will find some convoluted and ridiculously extravagant explanation of why they enjoy or dislike the work.

These explanations are even more ridiculous if they're sexist and/or racist.

Exhibit A: Twitter user Ivan Throne, a self-proclaimed "speaker and bestselling philosophy author of THE NINE LAWS," a self-help book "designed for men who are acutely aware that one lifetime is all they have to pursue and achieve their sacred purpose."

On his Amazon page, Throne bills himself as "a powerful speaker, business manager and seasoned veteran of the financial industry with over thirty years of study in the classical Japanese military fighting arts." Thirty years of study? Whatever. The point is, he's one of those guys, the ones who sneer at feminists, look down on "social justice warriors," and full-throatedly declare their sheer American-ness while drinking German beer and touting questionable German principles (read: he's a nazi).

Point is, Ivan Throne is exactly the kind of guy you would expect to have strong, but ill-informed and questionable opinions on art. Case in point, this Twitter exchange.

Throne goes full on, extolling the virtues of the admittedly very beautiful statue. There's all the usual proclamations about the West and men, etc., etc., etc.

When his buddy, @RationalMale steps in, insinuating very insulting things about women, which Throne dutifully agrees with, the entire thing goes sideways.

Twitter user @Pliny_theElder rebuts the two sexists with a well timed tweet. "The sculptor is a Chinese woman, you dork ass losers." Indeed, he is correct. The artist, Luo Li Rong studied at the Academy of Fine Arts in Beijing, and created a colossal sculpture for the Beijing games.

Although Li Rong's work is inspired by Renaissance and Baroque European artists, she is undeniably Chinese... and a woman.

We would say put that in your pipe and smoke it, but we're too classy for that. So we'll leave you with this: much of Western art is actually influenced, or based on, other cultures. For instance, the art of the European avant-garde of the 1900s, which includes Picasso, Matisse, Cezanne and Gaugin, are actually based on African sculptures. Have a great day, boys!