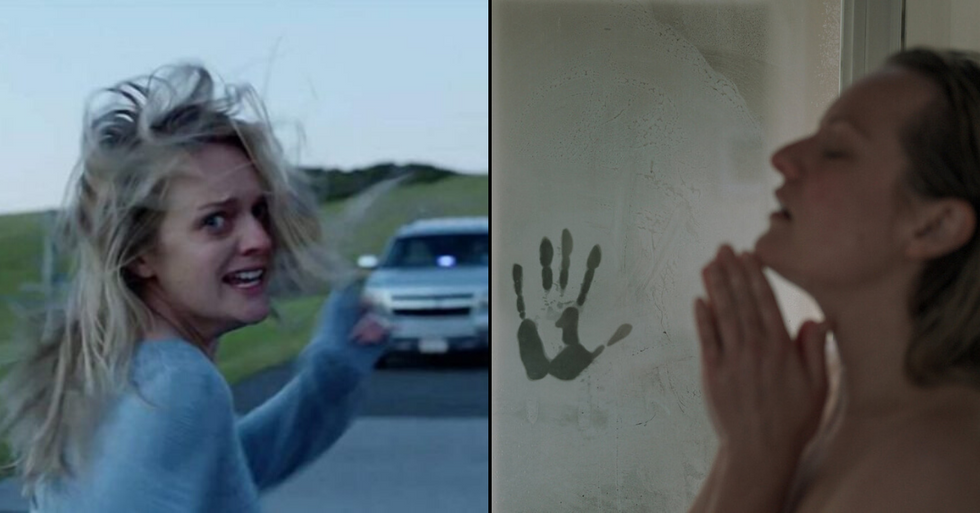 'The Invisible Man' has Viewers Disturbed and Screaming at the Screen

Who doesn't love a good creepy movie? There's something oddly exciting about being totally terrified. But the latest launch, The Invisible Man, has got the whole internet talking - and based on what people are saying, it sounds like a must-see.

It's always a good time for a good old horror movie.

Fans of all things spooky still can't pass up an opportunity to watch a scary flick.

Nothing about being completely creeped out, jumping out of your skin, or sleeping with the light on after embarking on a late-night horror movie viewing seems all that appealing. But somehow, the horror franchise has racked up quite a significant fanbase.

A well-executed horror can leave us feeling suitably terrified.

No matter how frightening or gory, it seems we just can’t stop watching.

But the latest scary film to gain our attention?

Well, it's a little bit different from the typical fright fests. Since The Invisible Man hit theaters, people are going wild for the psychological thriller ...

And people of the internet are going wild for it.

Reviews are in - and it seems like a must-see.

It's got attention from horror royalty.

Jordan Peele sent his congratulations to the movie's director.

The movie is very creatively shot.

Because the invisible man of the title is actually invisible.

And everyone's saying one thing.

The Invisible Man was the most fun I’ve had watching a horror film in some time. Precision, intense filmmaking from… https://t.co/QqR0p8uMzT
— Elijah Wood (@Elijah Wood)1582961452.0

She really carries the plot.

I thought #TheInvisibleMan was tremendous! Every step of the way, I was more & more impressed. Loved what caused in… https://t.co/QRnCjscHIo
— KevinSmith (@KevinSmith)1583175883.0

It takes an amazingly talented actress to play a role like this!

And there's another reason people are loving the movie...

Because it seems particularly relevant in today's social climate.

It's certainly a movie that should be seen on the big screen.

In fact, it's pretty gruelling stuff.

It doesn't rely on cheap thrills.

In fact, it relies more on disturbing the viewer...

Give her all the awards!

It's more than just a horror movie.

the invisible man isn’t just a great horror film but one of the most viscerally upsetting, cathartic depictions of… https://t.co/1YfNDDtj8l
— abby monteil (@abby monteil)1583030559.0

It's a full on experience.

And if you're worried it's overhyped?

Many have called THE INVISIBLE MAN intense, unsettling, and nerve-racking. And that Elisabeth Moss is incredible. A… https://t.co/lxLknAaW0x
— Robert Daniels (@Robert Daniels)1582687941.0

Don't worry - we can assure you, it's not. Fancy more horror content? Scroll on for the best options available on Netflix right now...